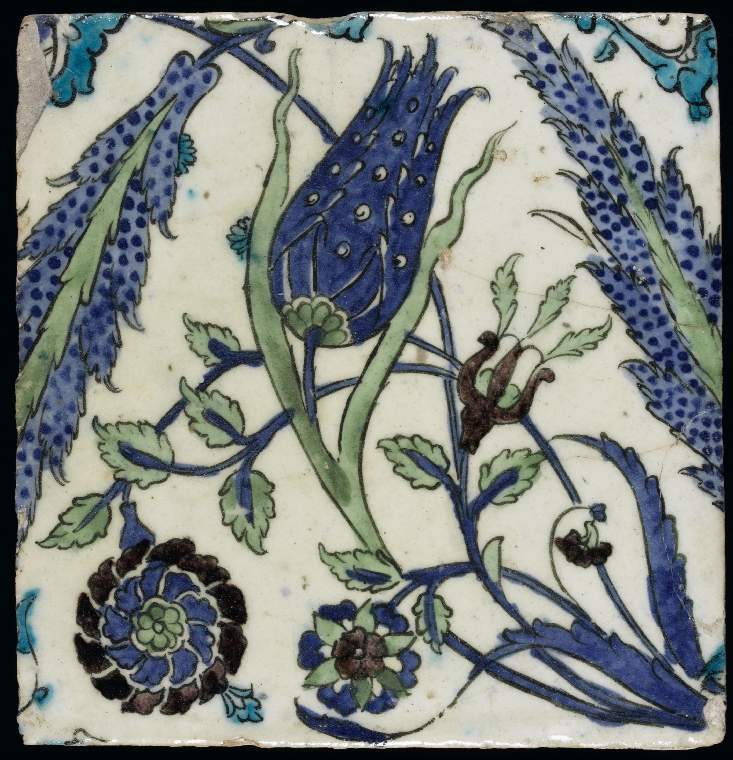 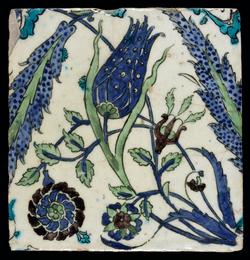 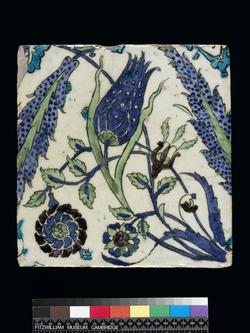 Fritware, mould made, painted in turquoise, olive green, blue, brown and black under a colourless glaze in which air bubbles are visible.
Shape: roughly square with slightly bevelled edges on the upper and lower sides
Upper side: polychrome floral spray dominates the surface, centred on a large tulip with white dots and a rose still in bud, the later is clasped with another rosette using an agrafe. Blue doted saz leaves with green central stems frame the spray, while turquoise cloud bands protrude from the upper edge.
Underside: undecorated but impressed to improve adhesion qualities and partly covered with wall plaster.

Bequeathed by Lady Courtney of Penwith

Method of acquisition: Bequeathed (1929-05-29) by Lady Courtney of Penwith

Moulding : Fritware, mould made, painted in turquoise, olive green, blue, brown and black under a colourless glaze in which air bubbles are visible