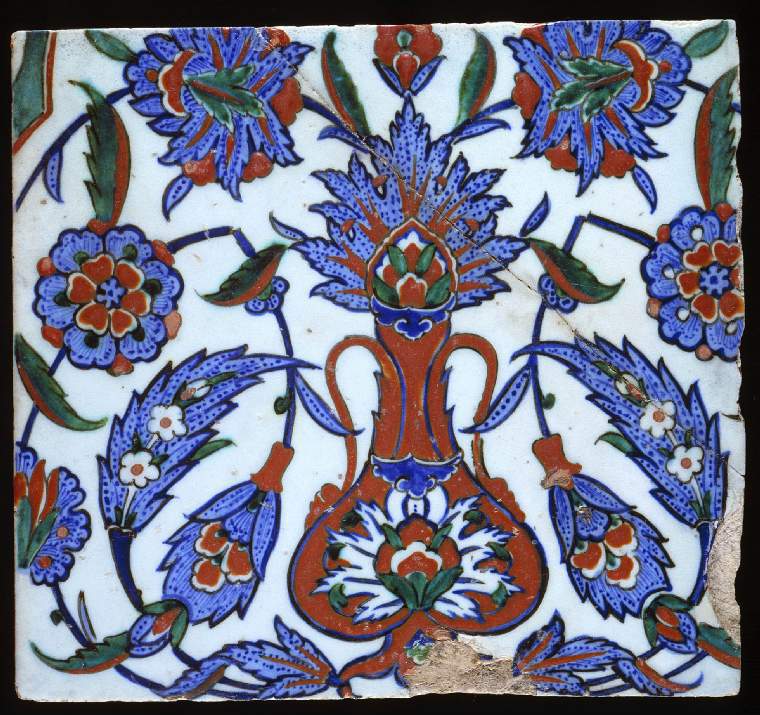 Fritware painted in polychrome covered with a colourless glaze

Buff fritware, mould made painted in blue, emerald green and red slip with black outlines covered with a clear, slightly pitted glaze.
Decoration: a central red vase with floral decoration is surrounded by scrolling vines bearing saz leaves overlain with a prunus branch and flowers including carnations. Vegetation is painted in blue, red and green with leaves and petals painted in distinctive light blue with darker blue dots.