The pairs of incised lines that decorate the turner and couter have been added in modern times to make the vambraces match other elements of the composite armour into which they were incorporated.

The vambraces are bright with a slightly mottled light to medium patination overall. 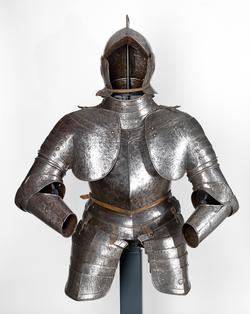