Given by Mrs E.W. Stead and Mr Gilbert Stead

Although all elements of the armour are similarly decorated, they appear not to have originally been made for one another. The breastplate is taller at the sides than the backplate, and decorated at its subsidiary edges with pairs of incised lines rather than the single incised lines found on the other elements. The character of the roping of the pauldrons and the turners suggests that these pieces were made about fifteen to twenty years after the breastplate and backplate. It must therefore be concluded either that the armour is composed of elements of a series of similarly decorated armour, or that it is composed of unrelated elements that were originally plain and only subsequently decorated to match one another. The character of the decoration favours the latter interpretation.

The armour has a blued and gilt finish. The bluing shows extensive patches of light pitting. The gilding shows slight pitting and some wear, especially at the roped edges. 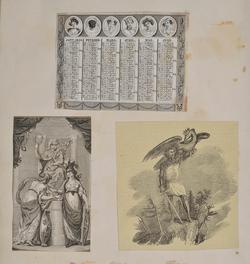