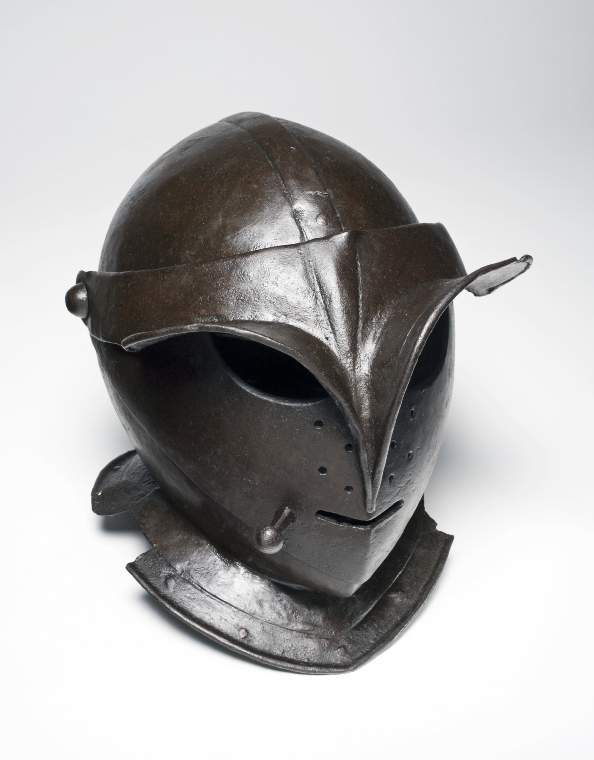 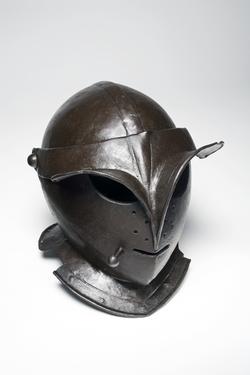 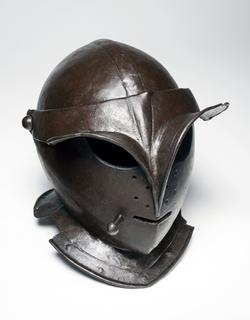 Close helmet, of 'Todenkopf' form, for siege use. Formed of a skull with an integral neck-defence and a peak, and an upper bevor and a bevor with an integral neck-defence attached to it by common pivots. The rounded skull is made in two halves joined medially along a riveted overlap that is formed as a low, broad rib. Its arched face opening projects downwards as a deep cusp at its centre. Its lower edge is flanged outwards to form a rounded integral neck-defence. The pivots that retain the peak, upper bevor and bevor take the form of sturdy rivets with large rounded heads. The peak is arched over each eye and plunges down to an acute point to the level of the bottom of the nose. The medially-ridged upper bevor has two large, semi-circular cut-outs at its upper edge, forming apertures for the eyes. It is pierced with a shallow, chevron-shaped ventilation slot over the mouth, and ten circular ventilation-holes over the nose. A sturdy mushroom-shaped lifting peg is riveted at the right of the mouth. The medially-ridged bevor has a deep U-shaped face-opening bordered by externally-flush lining-rivets. Its lower edge is flanged outwards to form an obtusely-pointed neck-defence which is incomplete at its outer corners. The main edges of the peak and the front and rear neck-defences have plain inward turns accompanied by recessed borders. The borders of the neck-defences contain externally-flush lining-rivets. The secondary edges of the helmet are bevelled.

The helmet has a 'black from the hammer' finish which has suffered extensive pitting and oxidation.

This unusual helmet, of the so-called ‘Todenkopf’ form with very distinctive cowls over the eyes, was highly popular in the early 16th century. It is extremely heavy, weighing some 4 kg – most helmets weigh in the region of 2 to 3 kg – indicating that it was made for use in a siege where extra protection was needed and weight was not an issue. 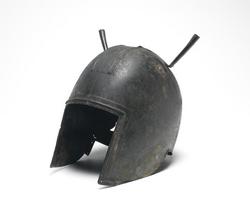 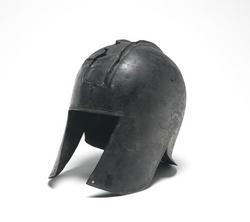 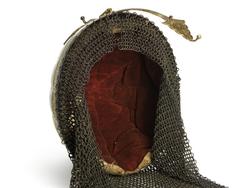 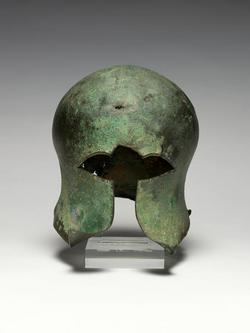