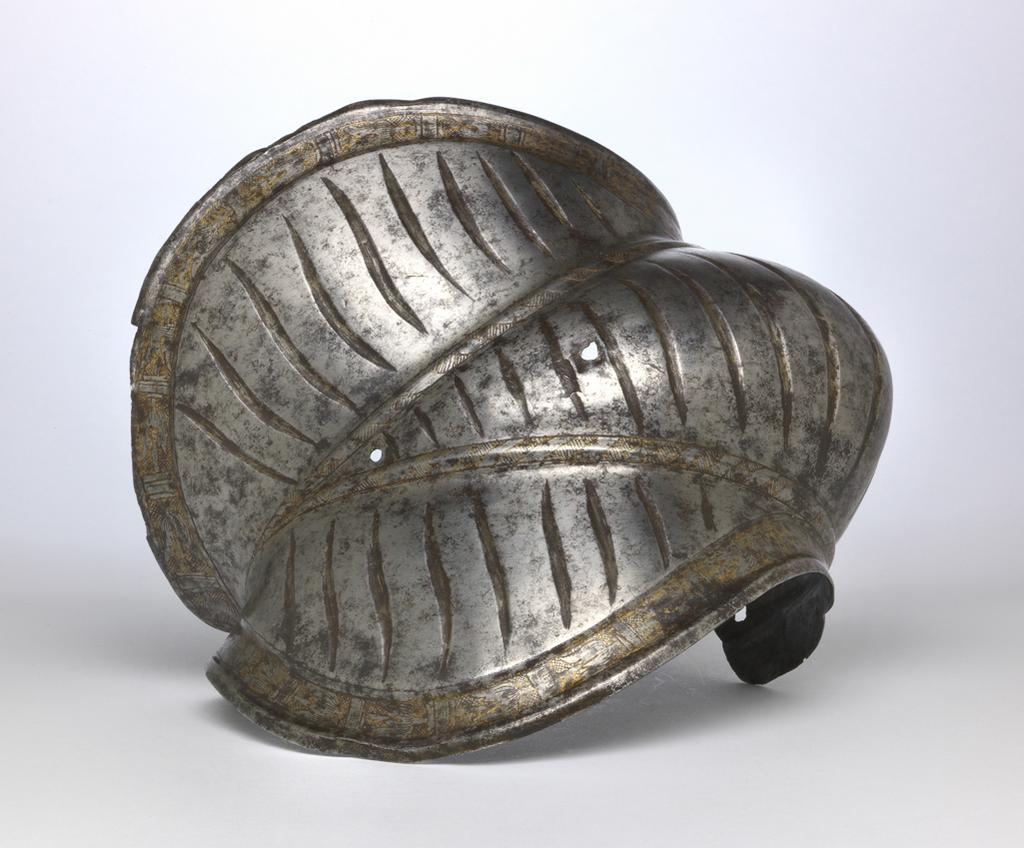 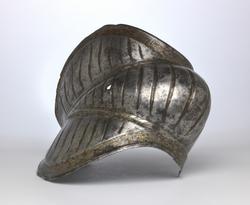 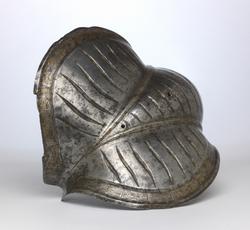 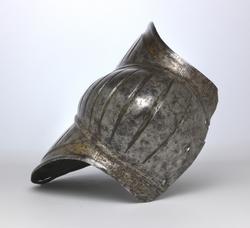 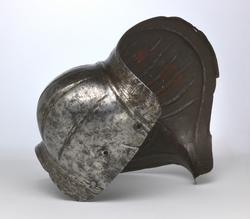 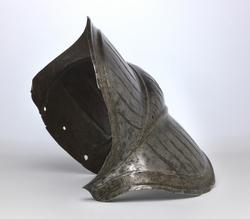 Couter for the right elbow, for parade use, with 'puffed-and-slashed' decoration in imitation of civilian costume. Formed of a single, shell-like plate, open at the rear and strongly shaped to the point of the elbow. Its outer edge is straight. Its upper and lower edges are convex and converge at the inside of the elbow in a strong, medial pucker. The upper and lower edges have partial inward turns accompanied by recessed borders decorated with etched and gilt tulip-like flower heads on a cross-hatched ground separated by broad bands enclosed by pairs of narrower bands. The boss over the elbow is enclosed by a pair of raised ribs that converge to the inside of the elbow. Each rib is decorated with etched diagonal bands that are alternatively hatched and gilt, and plain. The remainder of the couter, with the exception of its inner and outer ends is decorated with slender, vertical, recessed 'slashes' in imitation of those found on contemporary costume. The slashes on the upper and lower wings are slightly recurved, while those on the central boss are curved or straight. The front and rear of the central boss are each pierced with a rivet-hole for the attachment of the missing pair of vertical internal leathers that formerly connected the couter to the upper and lower cannons of the vambrace. The outer end of the couter is pierced with a pair of widely-spaced rivet-holes for the attachment of a missing bifurcated strap that terminated in a buckle to receive the missing strap that was formerly attached by a rivet occupying a now vacant hole located just to the inside of the medial pucker, and passed around the rear of the elbow. Together with M.1.7A-1936

History note: From the armoury of the Princes Radziwill, Niescwiez Castle, Poland, sold as from the 'Armoury of a Russian [sic] Prince', Christies, London, 29 March 1926, lot 65 (together with M.1.7A-1936). Mrs E. W. Stead and Mr Gilbert Stead of Dalston Hall, Cumberland

The couter is bright, with patches of dark patination. Its upper and lower edges both exhibit cracks. A small section at the inner end of the lower edge has broken away. The outer edge of the couter has a crack just below its centre, and its lower corner is bent inwards.

Hammered : Formed of a single, shell-like plate, open at the rear and strongly shaped to the point of the elbow; hammered, shaped, riveted, with recessed borders, and raised ribs with etched and gilded decoration
Patinating Formed 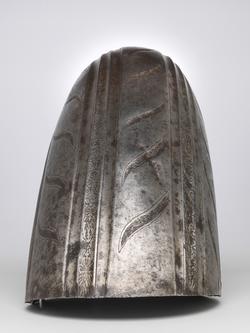 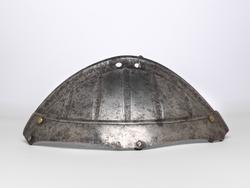 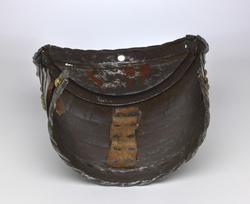 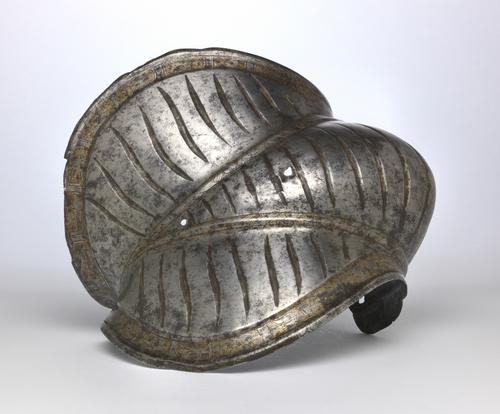