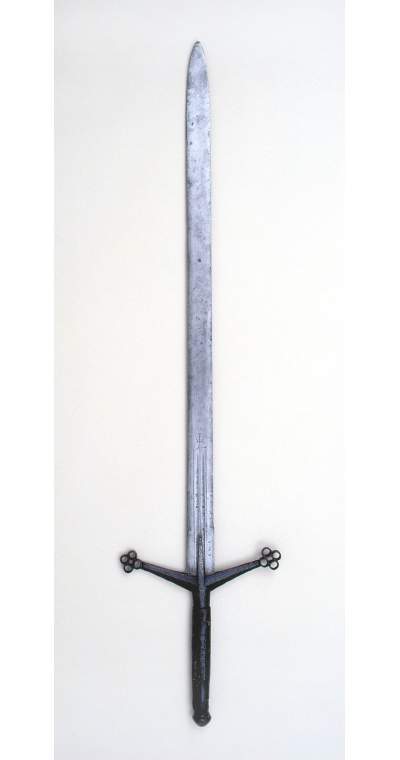 The pommel is from a basket-hilted sword. An inscription 'AFORBES' (with the F the wrong way round) is punched (pontillé style) along one length (nothing on the other): name of previous owner?

Bought with the General Duplicates Fund

The claymore is a two-handed sword of a type used in Scotland from the 15th to 17th century.

The claymore, which has this very distinctive form of hilt and guard, was used in Scotland, its name said to be derived from the Gaelic for great sword, claidheamh-mor. The claymore became well known through the writings of Sir Walter Scott in the 19th century and became, along with the kilt, very strongly associated with the rise in Scottish romanticism. This, very characteristic, example has the name AFORBES (with the F the wrong way round) on one side of the blade, probably the name of a former owner. 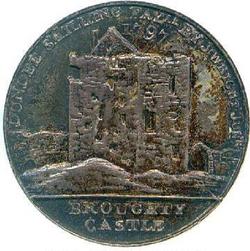 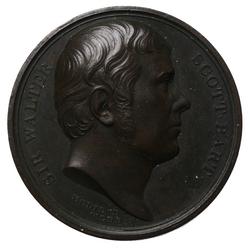 Jubilee of the birth of Sir Walter Scott The Crossbow in Battle