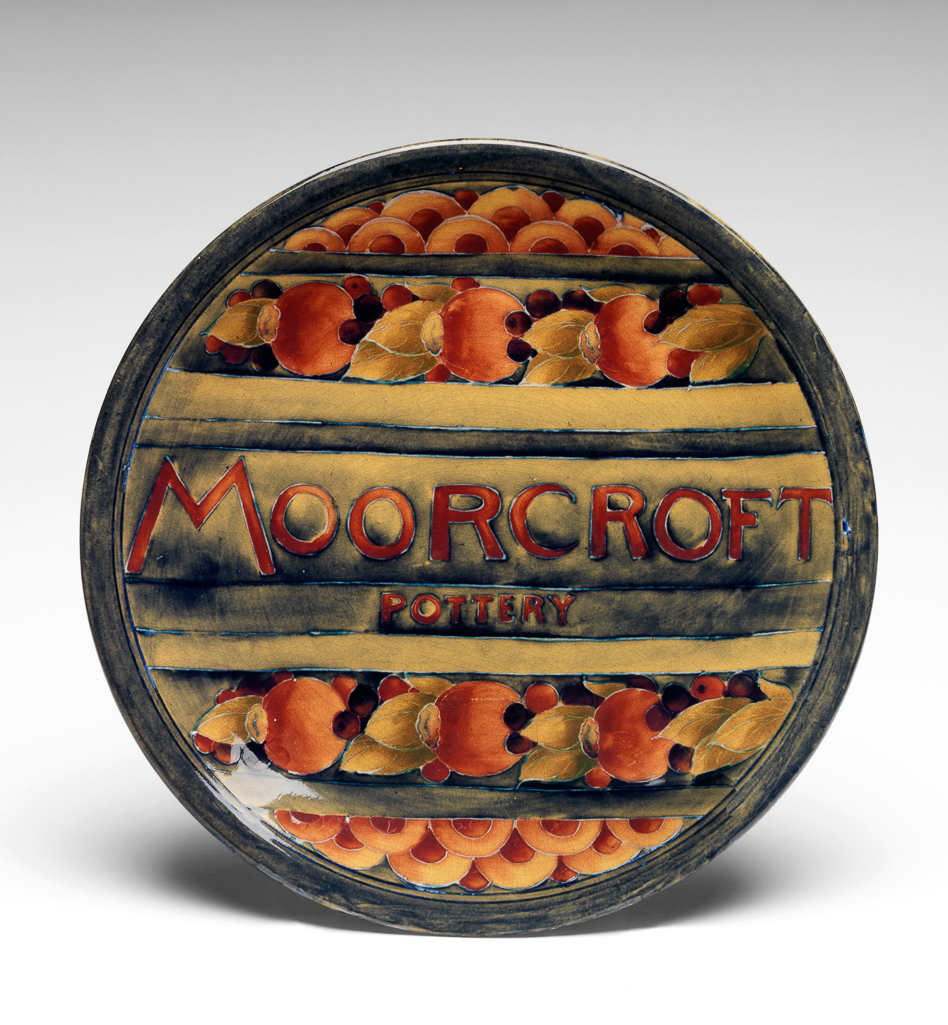 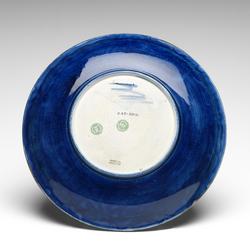 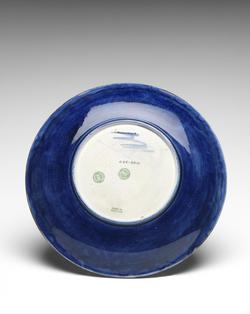 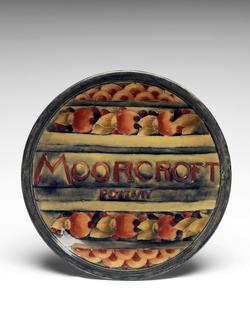 Circular plate with very shallow curved sides rising to a narrow flared rim, standing on a low foot-ring. The front is decorated with the words ‘MOORCROFT/POTTERY’ between horizontal bands of pomegranates, berries and leaves, and scale pattern, all on a ground which shades from ochre to green. The reverse is painted bright blue, except for the circular area inside the foot-rim, with clear glaze over.

Given by Lord and Lady Archer

Moorcroft designed both the shape and decoration of his pottery, each complementing the other, and experimented widely with glazes and decorating processes. He favoured curvilinear, naturalistic forms and by 1910-11, when ‘Pomegranate’ design was introduced, was using rich colours applied in bold, sweeping designs. The light slip-trailing combined with under-glaze oxides applied one over another to blend together in the first firing gives tonal variety, whilst the glaze firing enhances the brilliance of the colours. 'Pomegranate', sold at Liberty’s under the trade name 'Murena', became one of Moorcroft’s most popular designs and continued in production at the new pottery. It is rare to find a piece with the 'Moorcroft Pottery' name inscribed so prominently; this plate was perhaps used for advertising or to commemorate an event such as the opening of the new pottery. During the 1920s, unmarked imitation 'Pomegranate' wares were produced by a local rival.

William Moorcroft (1872-1945), the son of a potteries artist and designer, trained at Burslem School of Art and in London and Paris. From c.1897-1913 he was chief designer for James Macintyre & Co.’s new Art Pottery department, in Burslem. His designs were sold through Tiffany of New York, Liberty of London and other prestigious stores. In 1913, Macintyre’s reverted to industrial wares and some thirty workers transferred to a newly established Moorcroft Pottery, in Sandbach Road, Cobridge, set up with financial support from Liberty’s. Both pottery businesses continue today.

Inscription present: written in large capitals with right stroke of W adjoining left stroke of M and with a slanting line below

Inscription present: circular greenish-grey stick-on paper with reserved white lettering, the words following the curve of the label with number between them 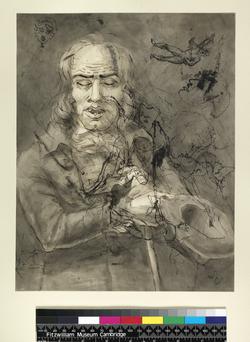 'Pray Pity the Sorrows of a Poor Blind Man' 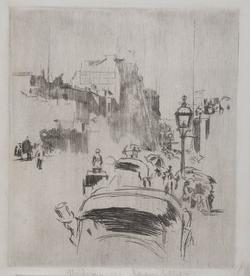 The Burning of the Japanese Exhibition, 1885 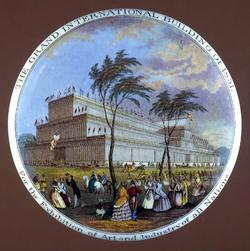 The Grand International Building of 1851 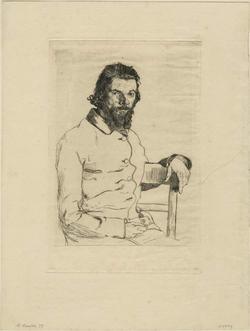