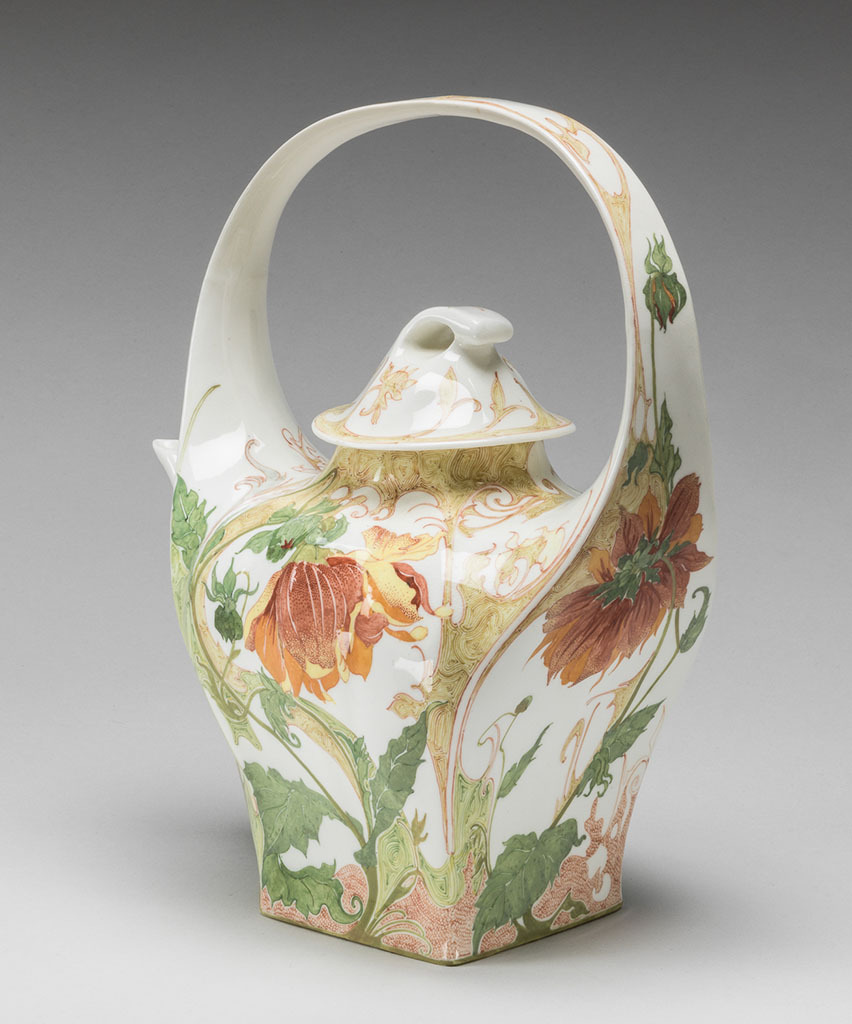 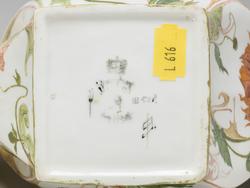 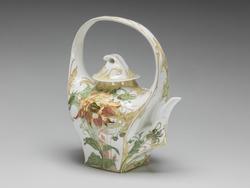 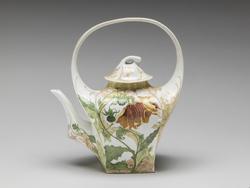 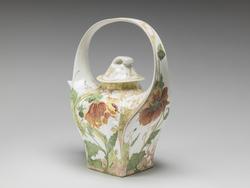 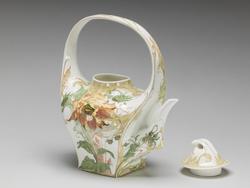 Chocolate drinking was popular at this time . Chocolate houses had been popular in Europe since the 1700s, but they sold expensive beverages made from roasted cocoa beans and were only for the wealthy. In 1828, C.J. van Houten's cocoa powder machine enabled cheaper production and more consistent quality. By the mid 19th-century, Nestlé, Cadbury's and others were selling solid milk chocolate and, in 1863, Johannes Droste opened his first chocolatier in Haarlem, offering the 'drink of the gods' made from warmed cocoa, milk and sugar. Rozenburg produced chocolate sets, alongside tea and coffee sets, in large numbers. However, surviving pieces are rare, because the material is so fragile. A chocolate cup and saucer, and other examples of eggshell porcelain,are on display in the gallery.

The Rozenburg Royal Delftware Factory (1883-1917) launched ‘eggshell’ porcelain at the 1900 Paris World Fair, and it was highly popular for a decade or so. The porcelain, similar in composition to bone china, was very thinly slip-cast, with handles and spouts formed in one piece with the body. A high temperature biscuit firing (up to c.1,500°C) produced a hard, transparent, non-porous surface. After hand-painting with enamels, a lower temperature final firing conserved the bright colours. The organic shape of this pot is typical of Art Nouveau, but there is also a certain angularity associated with the emerging Art Deco style.

The pot was painted by Samuel Schellink (1876-1947), a leading Rozenburg designer and painter, the fine detail of the painting complementing the delicate curves of the pot. The shape, model no. 39, is illustrated in the Modellenboek of the factory’s general director, Jurriaan Kok (1861-1919), who introduced eggshell porcelain after lengthy experimentation. 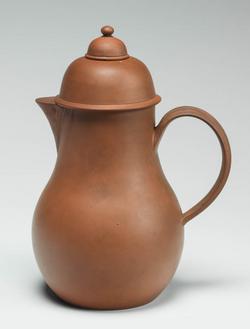 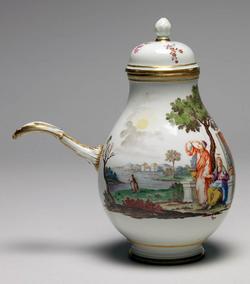 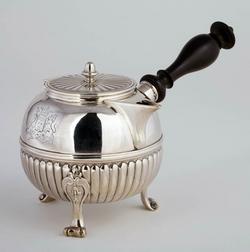