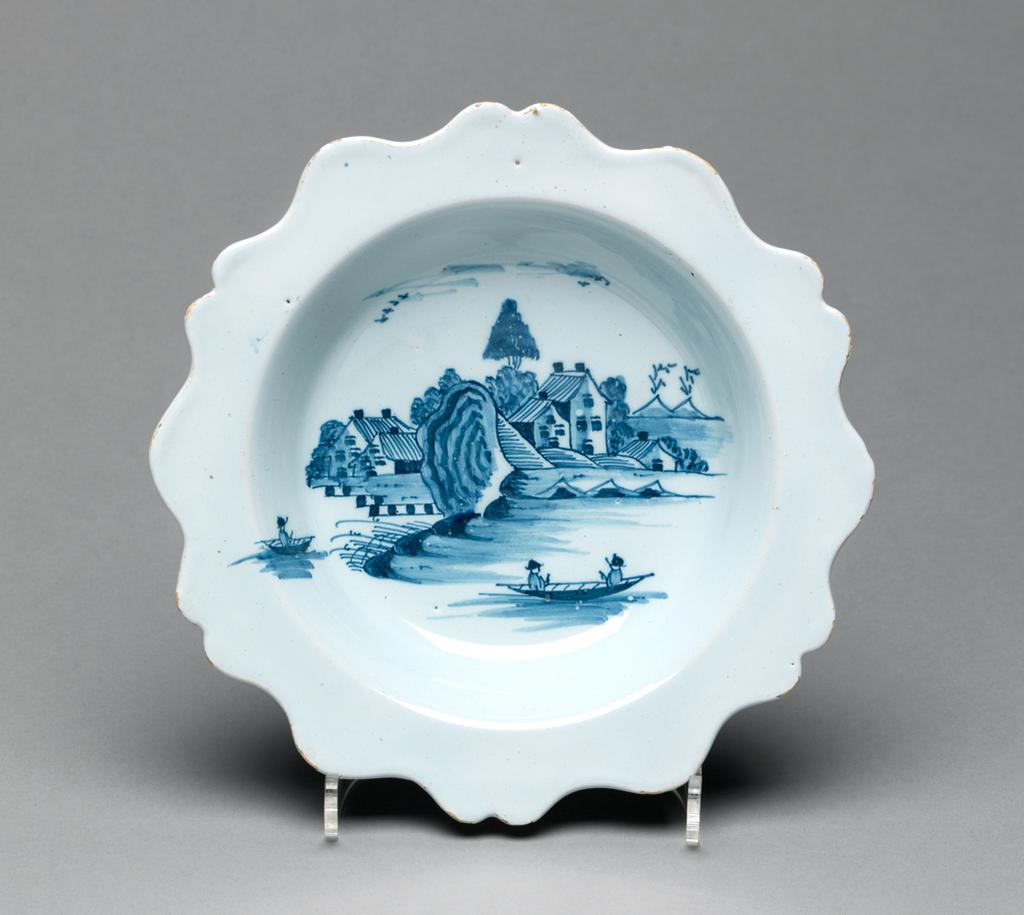 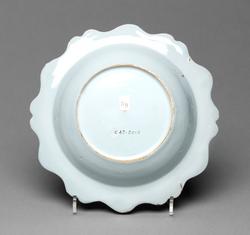 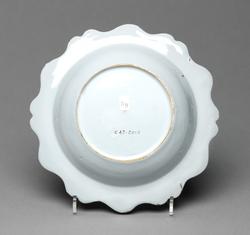 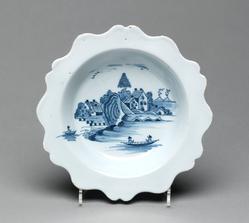 Tin-glazed earthenware bowl with scalloped edge, painted in blue with a river scene

Buff earthenware, moulded, trimmed, tin-glazed greyish-white, and painted in blue. The bowl has a shaped rim with alternately single and smaller double scallops around it, a narrow slightly sloping rim, deep curved sides, and a stands on a footrim formed by recessing the base. The well is painted with a river scene with two men in a narrow boat in the foreground and one man in a smaller boat on the left. Behind them is a group of houses, trees, bushes and two distant volcanoes. Overhead there are a few clouds, four birds on the left and one or two on the right. On the reverse there are two small peg marks on the edge of the rim, and a small flaw in the glaze on the back of the well, probably where the other peg was situated.

The design in the centre is similar to a number of plates with bianco-sopra-bianco borders attributed to the Redcliff Back pottery during the proprietorship of Richard Frank. These, being a little larger, have more space in the middle, and have a fisherman on what appears to be an island, between the boat and the group of buildings and tree in the background. Two of these are dated 1761. This small bowl shape with a scalloped edge is less common than plates.

Tin-glazing : Buff earthenware, moulded, trimmed, tin-glazed greyish-white and painted in blue; the glaze has a few pinholes on the rim; on the reverse there are two peg marks near the edge, and faint signs of another on the back of the well 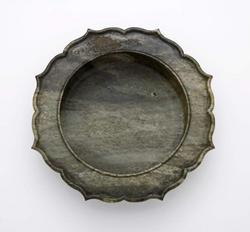 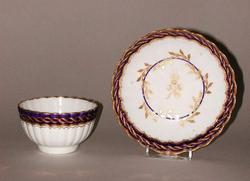 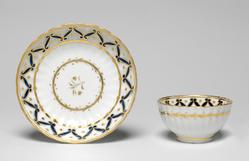 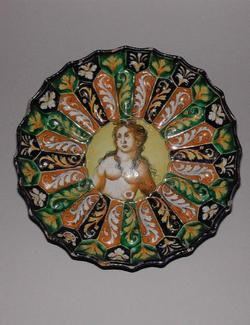