Bronze figure of a sower, left leg bent forwards, a bag over his shoulder, from which he is taking out seeds with his right hand.

Reginald Fairfax Wells was a sculptor, studio potter, aircraft manufacturer and architect. Like the 19th-century painter, Jean-François Millet and sculptor Jules-Aimé Dalou, Wells was interested in depicting peasant workers in his sculpture. A magazine article in his life-time called him ‘the English Millet of Sculpture’. Wells became well-known for his small-scale bronzes, most of which were produced between 1900 and 1910. He cast his own bronzes, using the lost-wax casting method. From 1909 onwards, Wells began to focus more on studio pottery, having established the Coldrum Pottery in Wrotham, Kent in c. 1900. At the outset of World War I, Wells turned his efforts to designing and manufacturing aircraft. When this failed, he re-established his pottery business, the London Pottery Company, in Chelsea. In the census of 1911, Wells was recorded as ‘Sculptor, Bronze Founder, Art Pottery Manufacturer’ as well as a ‘Teacher of Bronze Foundry’. 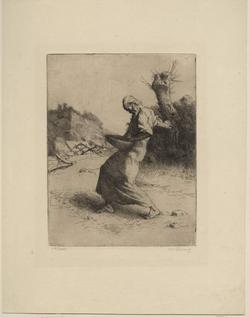 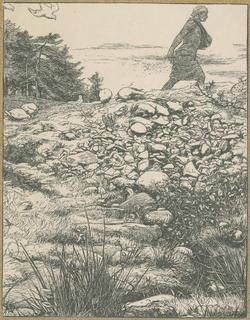 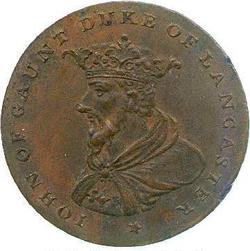 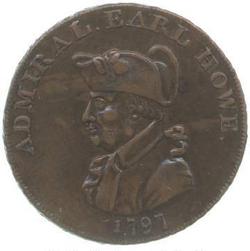