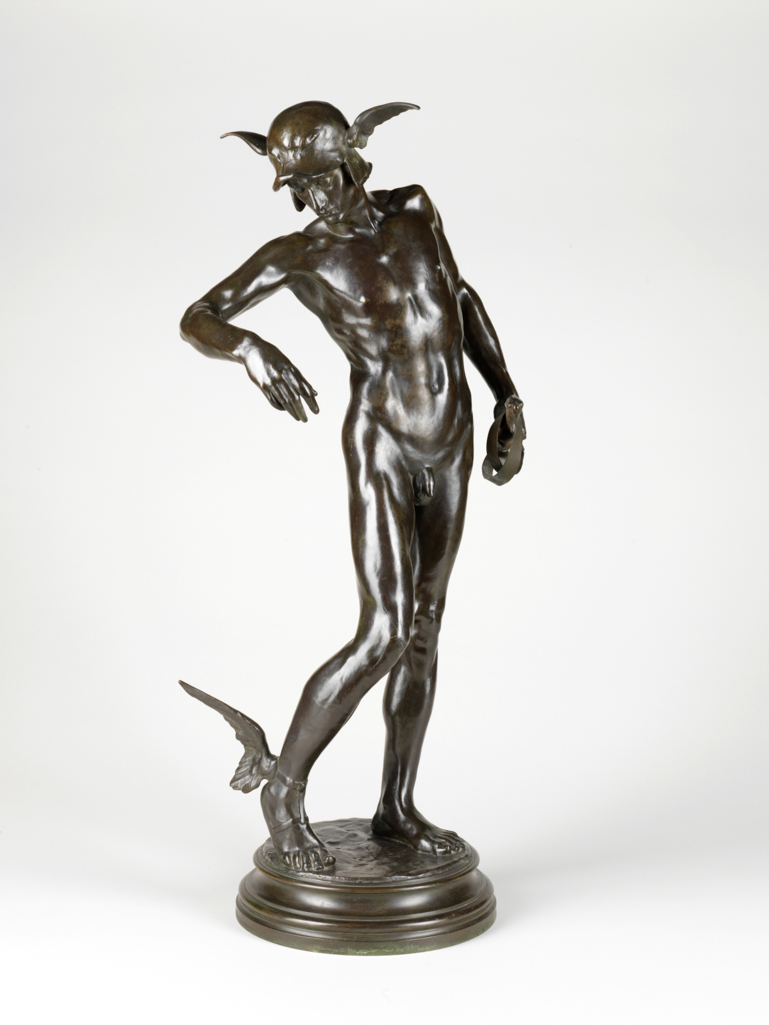 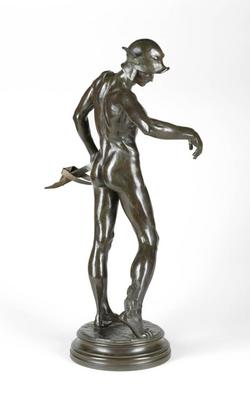 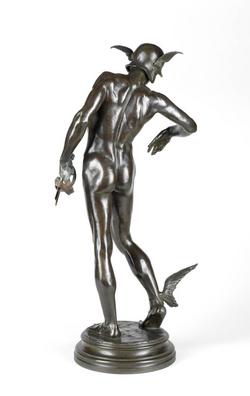 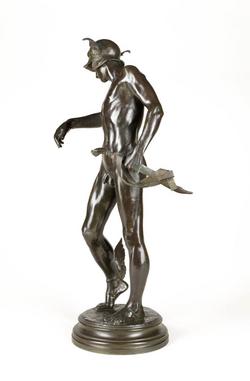 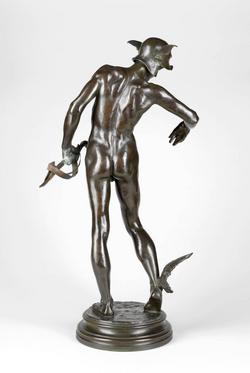 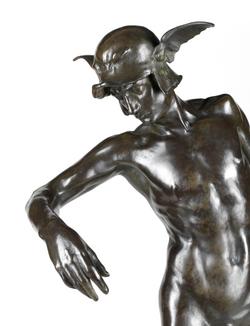 In Greek mythology, Perseus was son of Zeus (king of the gods) and the mortal Danaë. His greatest feat was to slay Medusa, the snake-haired Gorgon monster. It was as a mighty athletic victor, holding aloft Medusa’s severed head, that Benvenuto Cellini (1500-71) famously portrayed him in the 1550s. Gilbert spent several years in Italy studying Renaissance art, and Perseus Arming is his deeply personal, autobiographical response to Cellini’s prototype. Gilbert said: 'amazed as I was by that great work, it still left me somewhat cold, insomuch that it failed to touch my sympathies. As at that time my whole thoughts were of my artistic equipment for the future, I conceived the idea that Perseus before becoming a hero was a mere mortal, and that he had to look to his equipment. That is a presage of my life and work at that time.' (Hatton 1903, p. 10). By showing Perseus in the act of quietly equipping himself for future trials, Gilbert emphasised Perseus’ mortal rather than heroic character. Gilbert modelled the original plaster of Perseus Arming in Rome in 1880-1, and had the first bronze of it cast in Italy using the lost-wax casting method. This was exhibited at the Grosvenor Gallery, Bond Street, London in 1882 to great acclaim (his marble Kiss of Victory was exhibited at the Royal Academy at the same time) and at the Paris Salon in 1883, where it received an honourable mention. Perseus Arming was a highly significant early work and the first of three important, deeply personal bronzes which Gilbert made during his highly creative period of 1881 to 1892 (the other two being Icarus and Comedy and Tragedy - for a cast of the latter, see M.1-2003). Perseus Arming was one of Gilbert's most popular models. It was reproduced in three sizes: full-scale (c.71-74 cm), which is rare; half-scale (c.36 cm), the most popular size of which the Fitzwilliam has a fine version (M.4-1951); and quarter-scale (c.14.5cm). The dimensions of the present bronze are unusual; it may have been owned by Queen Victoria’s grandson, Alexander Mountbatten, 1st Marquess of Carisbrooke (1886–1960). 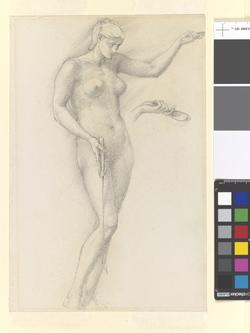 Study of Athena for 'The Arming of Perseus' (Perseus Series) 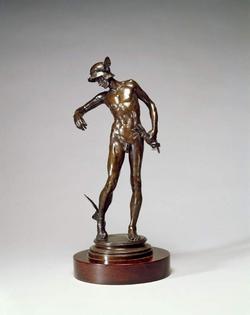 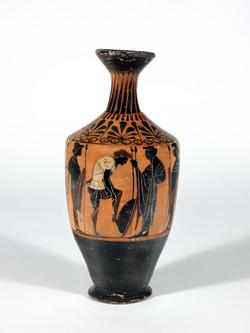 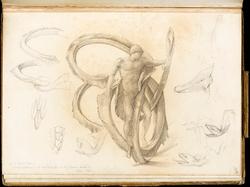 At the centre: nude study of Perseus and the sea monster, from the Perseus series; at left, sketches of the monster's head and Perseus holding the neck of the monster with his left hand 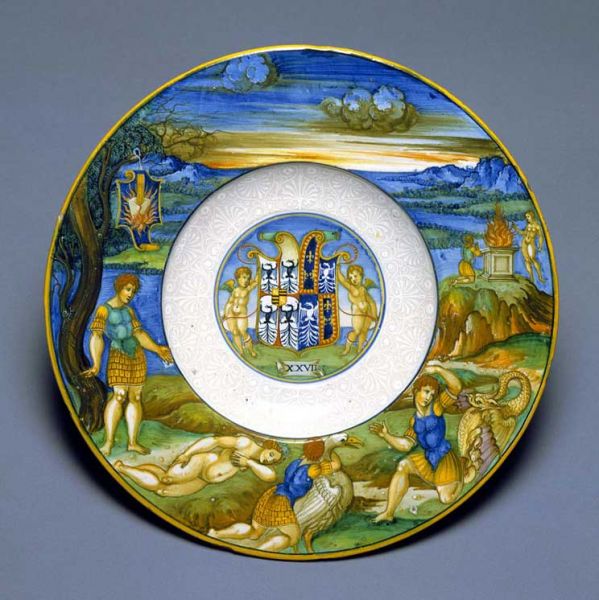