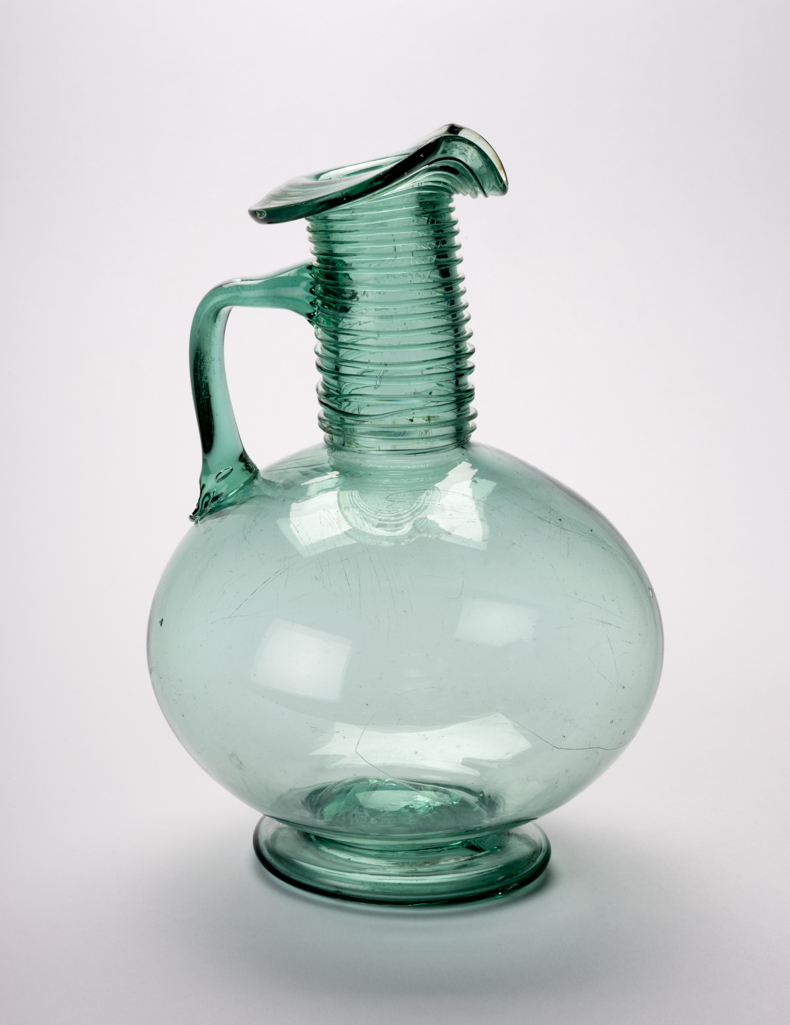 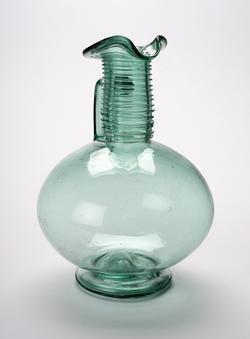 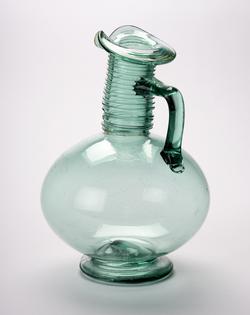 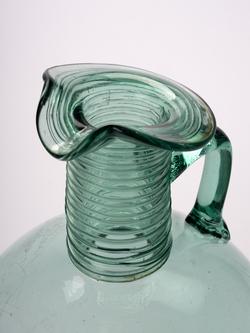 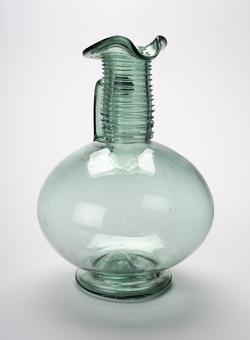 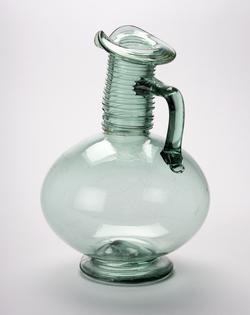 Bluish-green glass, blown and trailed. The jug has a globular body standing on narrow almost flat footring. It has a tall narrow neck decorated with horizontal trailing and opens out at the top into a wide sloping rim which is higher at the front, where it is pinched to form a lip. The angular handle is applied to the neck and the top of the body. There is a pontil mark on the base, which is slightly concave.

Probably made in Granada or Almerìa in southern Spain