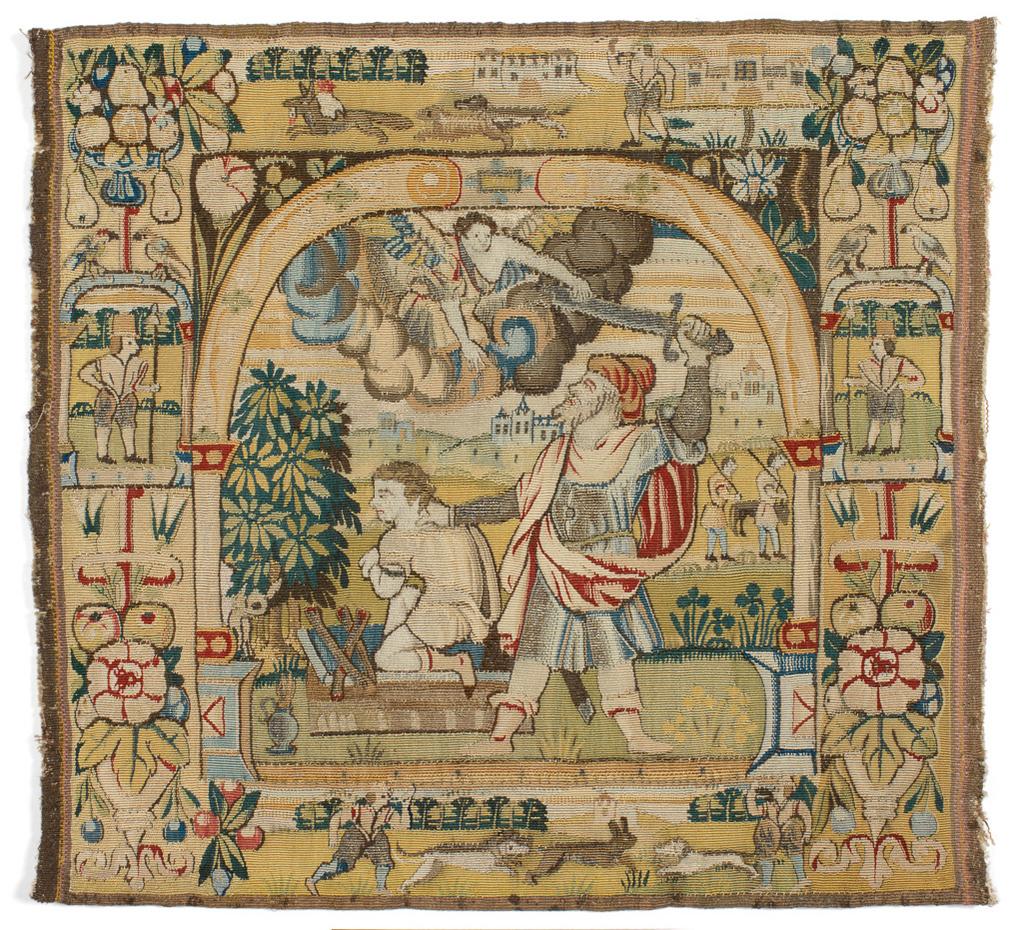 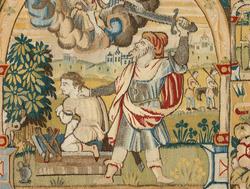 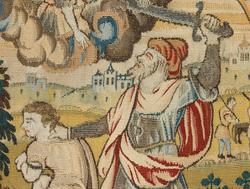 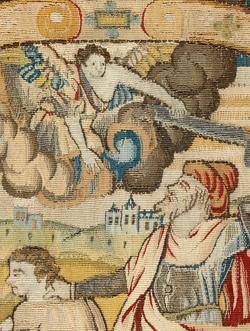 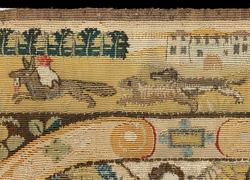 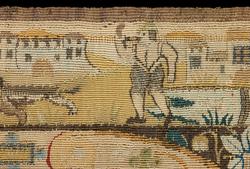 Panel for a cushion cover, woven tapestry in 'Sheldon' style, depicting the biblical story of the sacrifice of Isaac. One of a pair, the other (T.7B-1961) depicting Isaac blessing Jacob.

This tapestry depicts the sacrifice of Isaac. Isaac became the leader of his people. But when he was a child his father Abraham received a message from God telling him that he must offer his son as a sacrifice, rather than the more usual sheep or goat. The tapestry shows the moment just before Isaac’s killing: Abraham has his sword raised to strike his son when an angel appears and tells him to stop. The angel points to a ram trapped in a bush nearby and tells Abraham to kill it as an offering. Their two servants are shown watching in the background and the town from which they all came is seen beyond that.
In the horizontal borders the weaver depicts hunting scenes, including the pursuit of a fox that had stolen a goose. Each huntsman wears differently coloured clothes; some with silver threads in their breeches.
The side borders are alike in this piece and its pair (T.7B-1961) and are designed in three sections; top and bottom are two different arrangements of fruit and flowers separated by the small figure of an armed man within a semi-circular frame. Two birds perch above it.
The corners of the arch in the centre of the tapestry were decorated with different flowers, a carnation (left) and borage (right). A caterpillar crawls down the right-hand side.
Biblical source: Genesis 22:1-14

This is almost certainly a panel intended for a cushion cover and would have been part of a set of six, or even twelve, from which the others are not known to survive. On both tapestries the central scene is enclosed within an arch carrying the elongated leaf and trefoil motifs worked, unusually, on a yellow ground in white and green. At least 20 differently coloured wools were used to weave this tapestry. Previously described as 'Sheldon' work, made in Barcheston, it is now thought that this cover was probably woven in London. 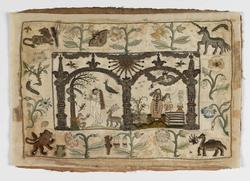 The Temptation and the Sacrifice of Isaac 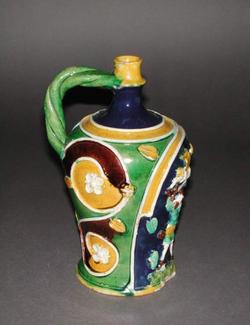 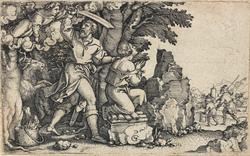 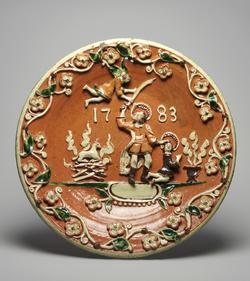 Two scenes from the life of Isaac 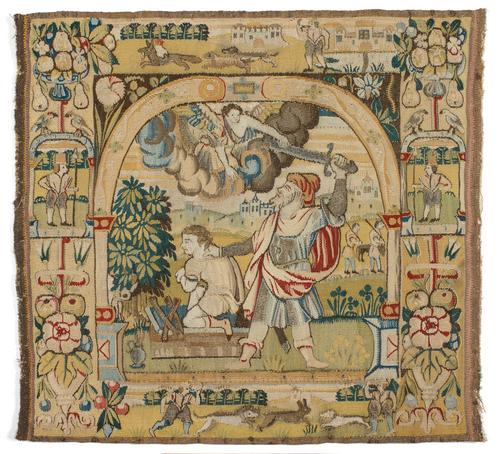