Lokopala (tomb guardian) on rocky base. Buff earthenware, moulded, white slipped, partially lead-glazed in brown, yellow and green, with cold painted details in black and red. The figure is standing with its left hand raised and right fist clenched. The dress to the upper arm resembles a dragon's head. Cold painted details in black have been applied to the facial features including eyes, nose and beard. The hands, head and part of the armour remain unglazed, with cold painted decoration, and the central armour panel has over-glaze decoration. 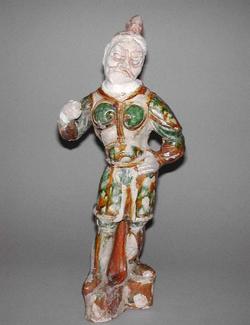 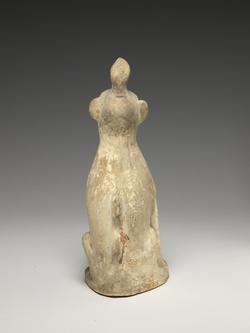 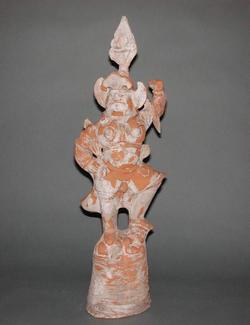 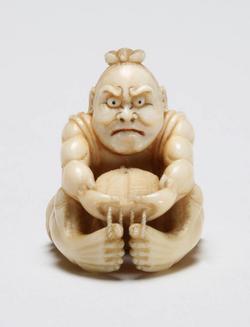