Pair of tomb vessels. Porcelain, each covered with clear glaze encrusted with red dirt, and decorated with incised lotus petals and applied figures. Each vessel has a wide, cylindrical neck with horizontal rings on the inside made with a wheel. On the shoulders and the body are seven figures standing on an applied scroll band, incised with lotus petals. Each vessel tapers into a slightly everted foot with a recessed, flat base.
Vessel A has a wider neck. The seven figures surrounding the neck represent, two tomb guardians holding swords, and, five figures in robes holding with two hands, buttons of office which rest against their chins.
Vessel B has five figures in robes each holding (clockwise) animal heads: goat, monkey, chicken, dog and pig. The other two figures wear robes and perhaps represent the sun and moon. 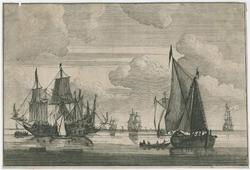 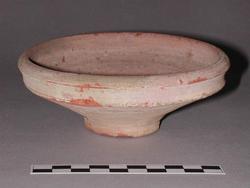 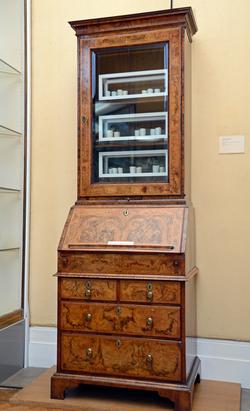 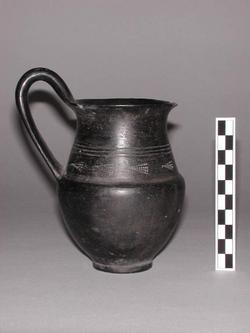 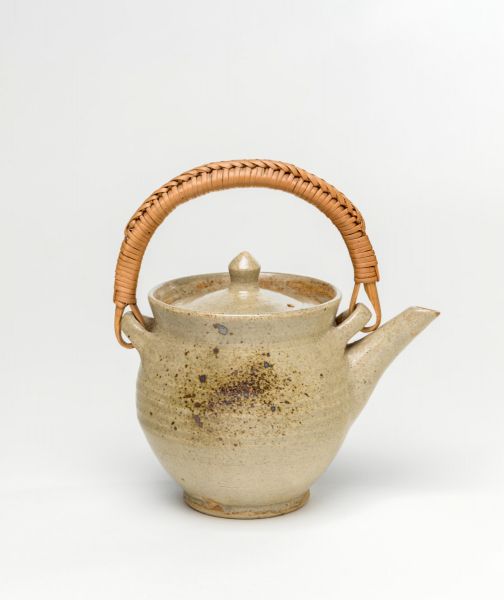