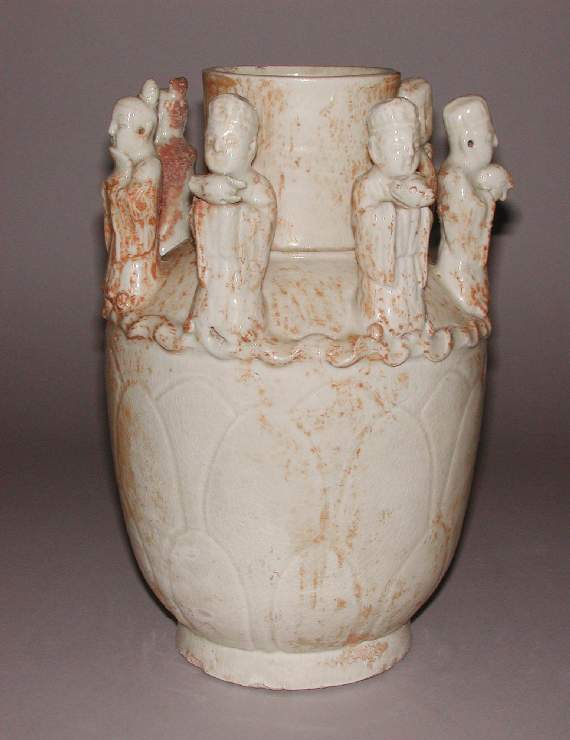 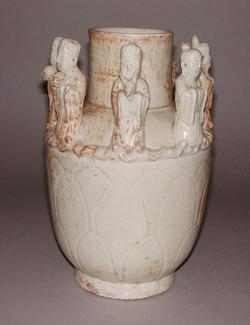 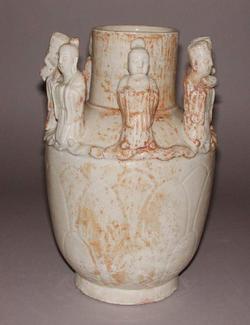 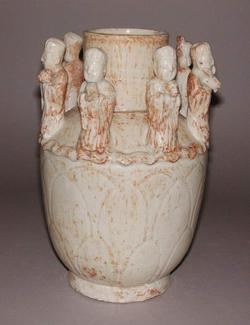 Tomb vessel. Porcelain, covered with clear glaze encrusted with red dirt, and decorated with incised lotus petals and applied figures. The vessel has a wide, cylindrical neck with horizontal rings on the inside made with a wheel. On the shoulders and the body are seven figures standing on an applied scroll band, incised with lotus petals. Five of the figures in robes hold (clockwise) animal heads: a goat, monkey, chicken, dog and pig. The other two figures, also in robes, perhaps represent the sun and moon. The body tapers into a slightly everted foot with a recessed, flat base.
Of a pair with C.639A-1991. 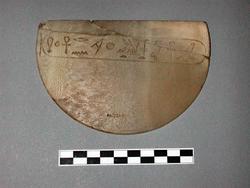 Calcite lid of a cylinder jar 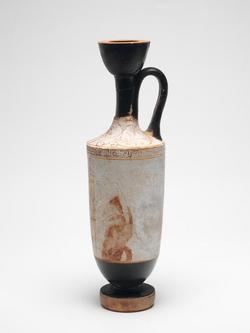 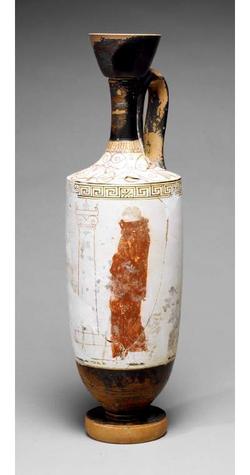 White-ground lekythos: a youth at a tomb 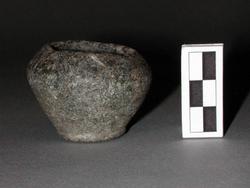