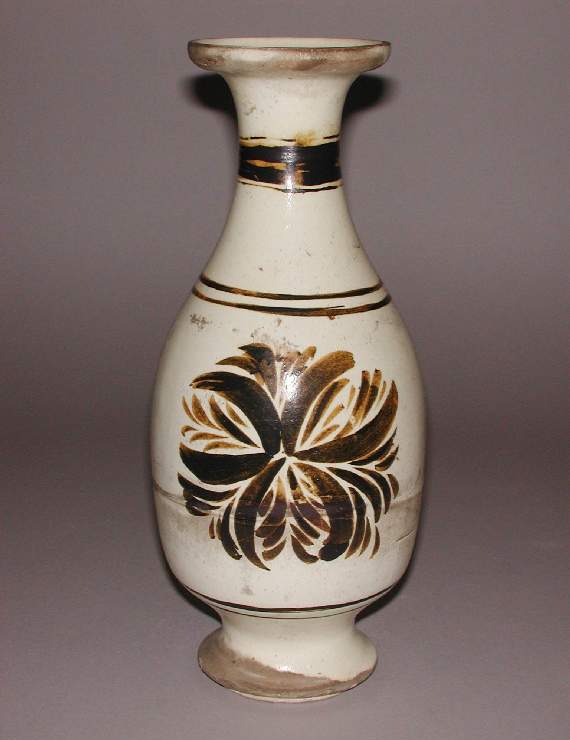 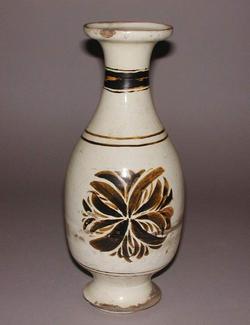 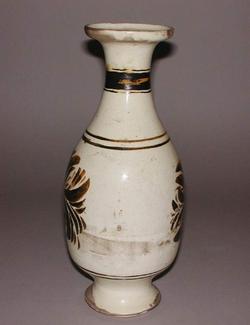 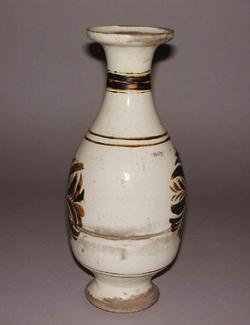 Bottle vase with sloping shoulders. Pale-buff stoneware, thrown in two sections and turned, white slip painted in underglaze brown with stylised flower head. The trumpet-mouth has a deep rim. A thick band painted in brown circles the cylindrical neck, and a thin line circles it above and below. Two brown lines circle the shoulders. A flower motif painted in brown decorates either side of the vase. Two brown lines circle the vase above the deep, splayed foot, which is supported again underneath by a straight sided footring, with deep, recessed, unglazed base. The glaze stops in an uneven line on the splayed foot. The glaze is worn and uneven in the middle of the body where the sections are joined.