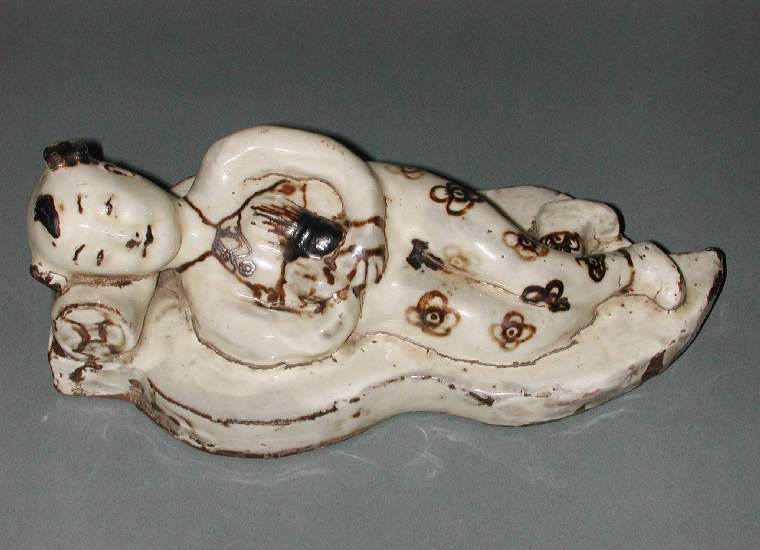 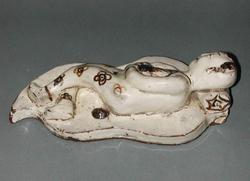 Figure. Stoneware, modelled, cream glaze painted in underglaze iron. A boy reclines on an artemesia leaf, with his feet crossed and arms holding (?) a large brush over his stomach. His head rests on a rolled pillow. Dark-brown flower motifs decorate his legs and dark-brown is used to depict his hair, features, hands, brush and upper body dress. Leaf-shaped base. 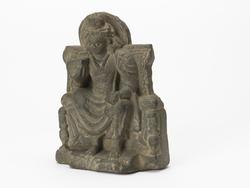 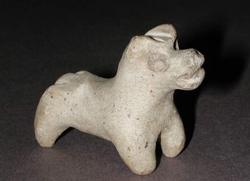 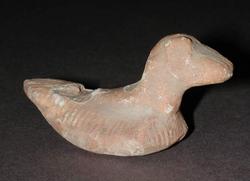 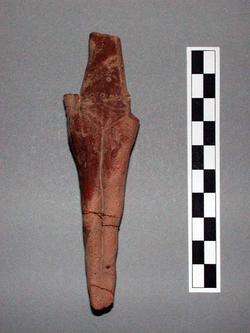 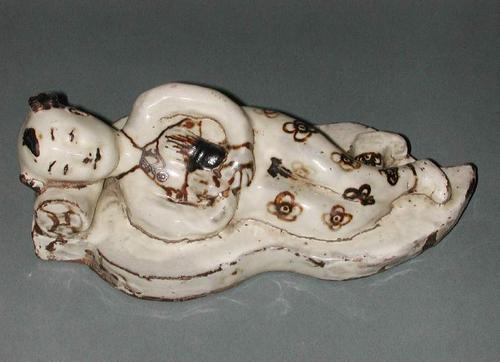