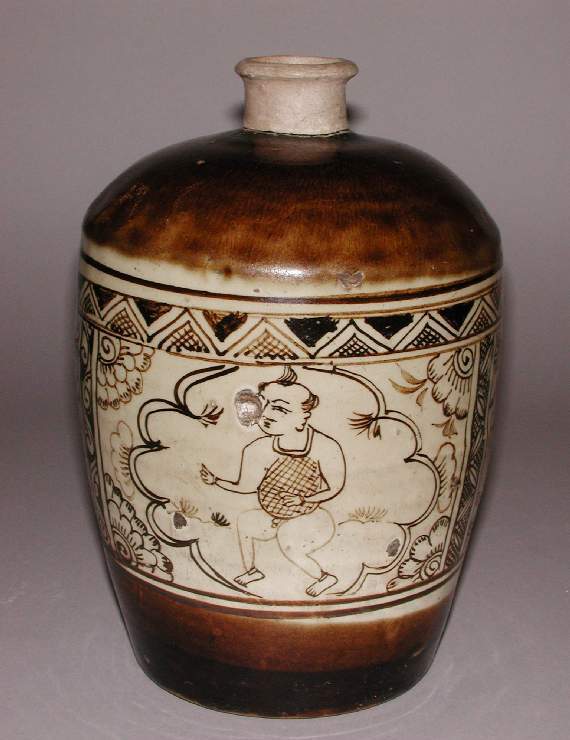 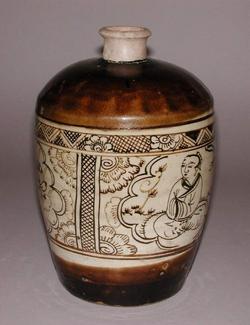 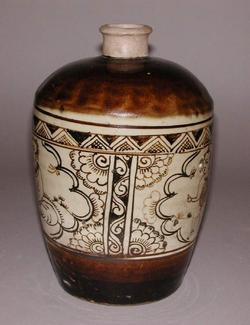 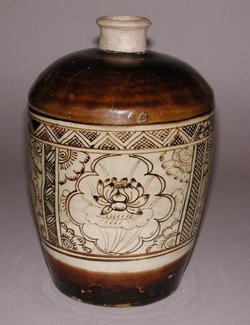 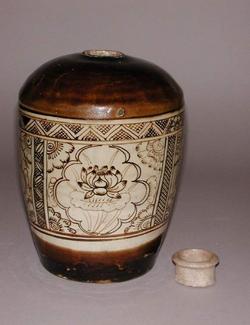 Bottle jar. Buff stoneware, thrown, covered in white slip, and painted in iron-black with brown-iron wash, under a clear glaze. The truncated vase has high-rounded shoulders, with a small, cylindrical, unglazed neck and everted mouth rim. Its body tapers towards a flat base. The top and bottom of the jar are decorated in a brown glaze. The middle section has three bordered panels of scrolls and cross-hatching, which are painted in brown on a white slip. One panel depicts a man standing; the second panel is decorated with a lotus blossom; and the third panel depicts a seated cross-legged figure wearing robes. Each panel is within lobed reserves.