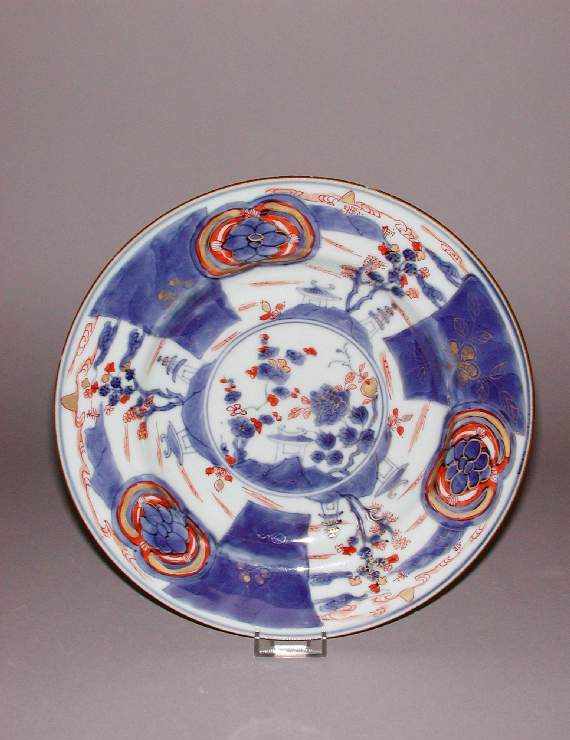 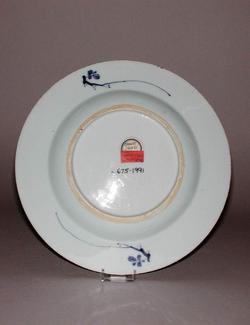 Plate. Hard-paste porcelain painted in underglaze blue, iron-red enamel and gilding. The plate has shallow sides resting on a low, slightly tapered foot. The interior is decorated with a large central medallion depicting a pavilion amid rocks and flowering trees surrounded by a double circle border. Radiating from the border are three similar landscape scenes depicting a pavilion and pagoda and flowering trees alternating with three solid, blue and gilt fan-shaped panels, and three vignettes each enclosing a flower head. The under rim is painted with two branches and leaf sprays.