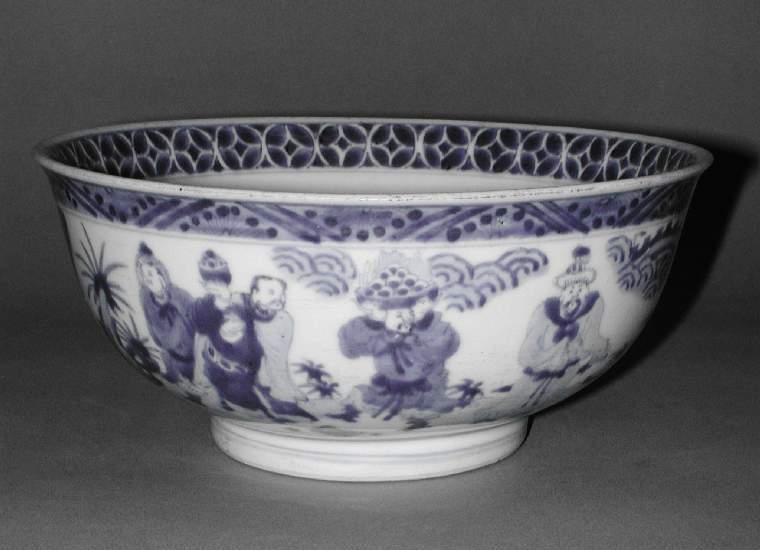 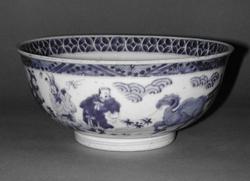 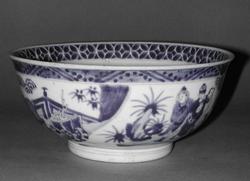 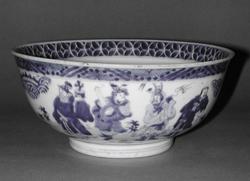 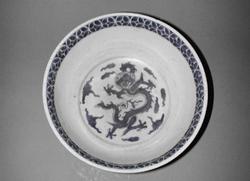 Bowl. Hard-paste porcelain painted in underglaze blue. The bowl has rounded sides, with slightly everted rim, resting on a low foot with flat, recessed, glazed base. The interior is painted with a four-claw dragon roundel and a coin-pattern border around the rim. The exterior is decorated with military officials in ceremonial dress displaying a cart-pulling camel to the Emperor (?), beneath a border of flower heads in a chevron pattern on a washed blue band.