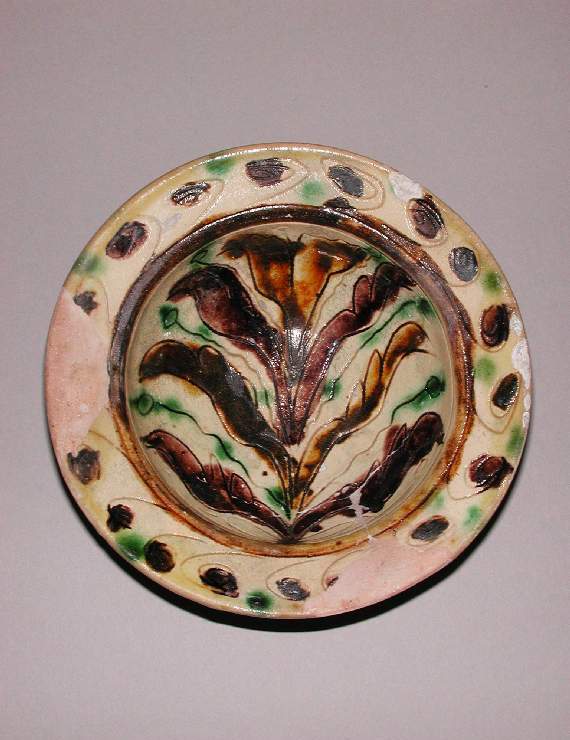 Bowl with narrow rim. Buff earthenware, thrown, the interior and rim coated with cream slip, incised, and coloured in green, brownish-yellow, and manganese-brown, under lead-glaze; the exterior lead-glazed brownish-yellow; base unglazed. Circular with a narrow sloping rim, and deep curved sides, standing on a disk base. The well is decorated with a stylized plant springing from a point on the shoulder. It has three pairs of brown leaves with green buds on stems between them, and a dark brownish-yellow flower at the top. There is a dark brown band round the shoulder, and, on the rim, a series of curls rising from the band, with a brown splodge on each, and randomly-placed green splodges in the spaces.

Throwing : Buff earthenware, thrown, the interior and rim coated with cream slip, incised, and coloured in green, brownish-yellow, and manganese-brown, under lead-glaze; the exterior lead-glazed brownish-yellow; base unglazed