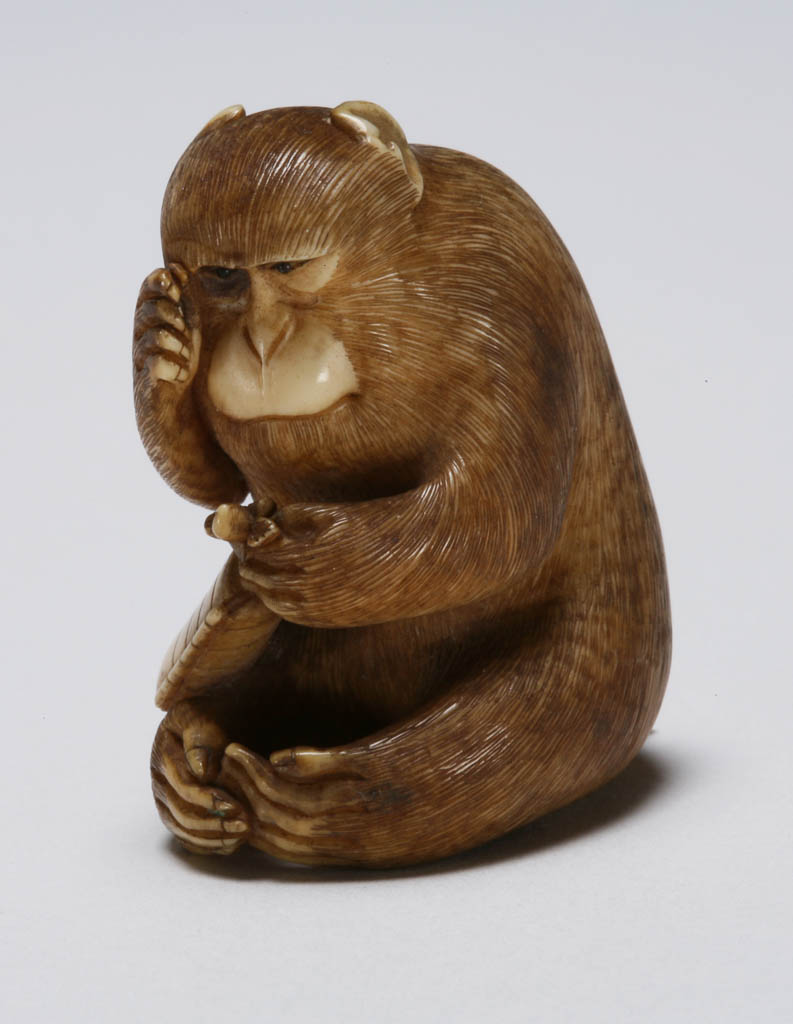 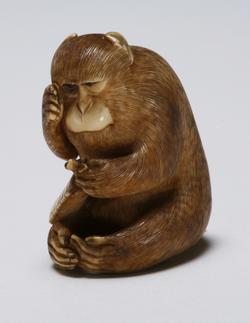 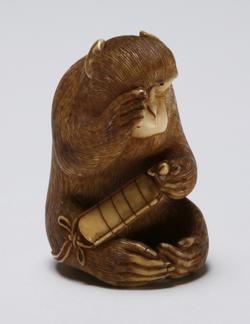 Netsuke: katabori: Seated monkey. Ivory, carved and stained. Figure of a seated monkey with short, stubby tail and genitalia, its right paw held up to its eye, the other holding a fine case inro; meticulous hairline carving and staining to emulate the fur; finely incised details and black inlaid eyes (horn?). Natural himotoshi formed by its outstretched legs and elegantly carved feet. 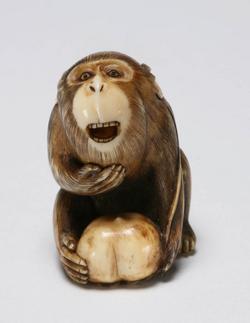 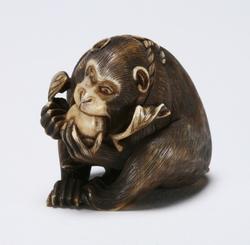 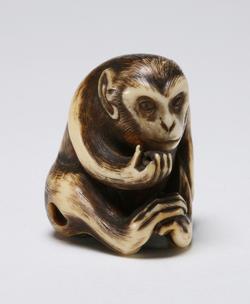 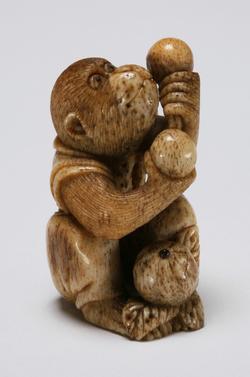 A wasp eating a pear 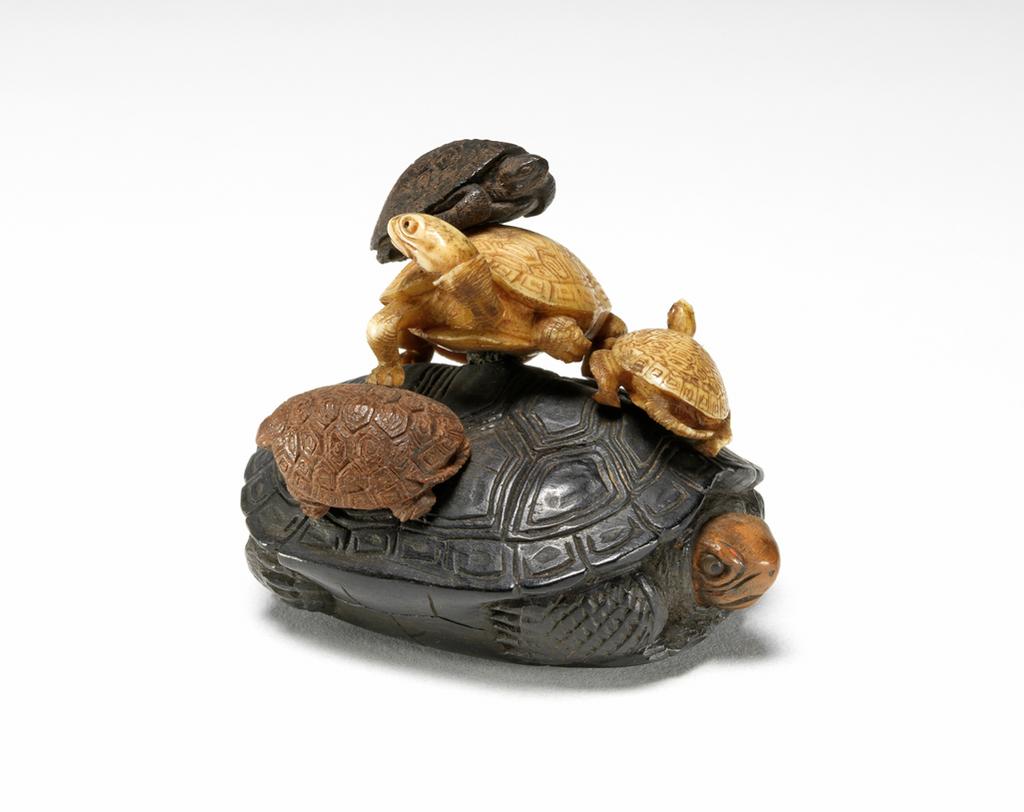 A group fo tortoises climbing over each other