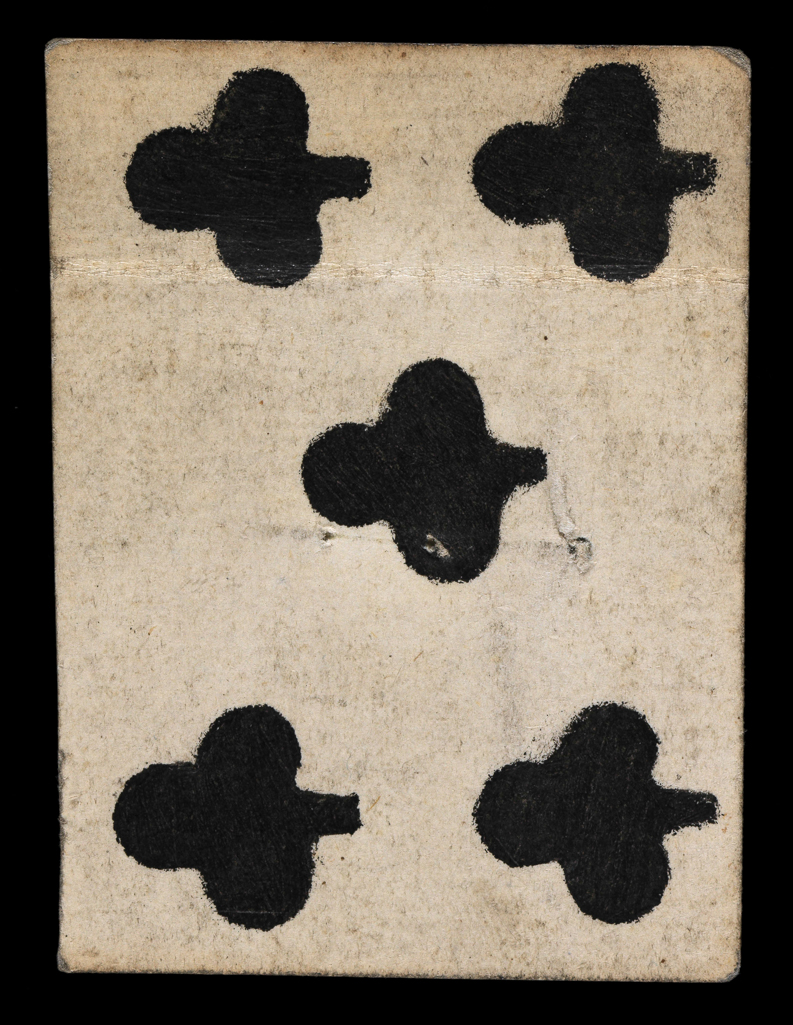 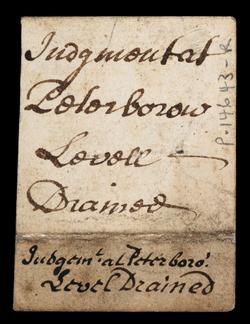 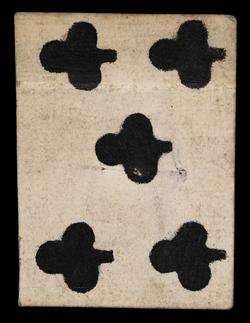 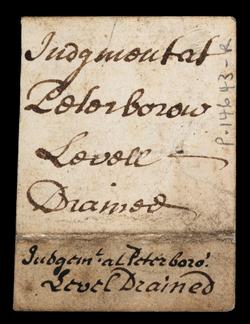 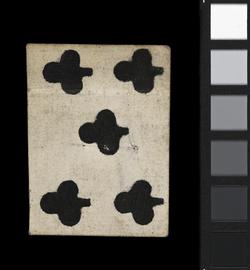 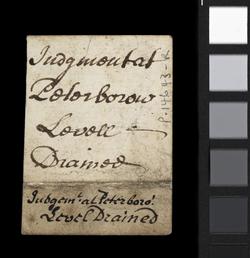 Fragment of the Ten of Clubs. Hand-coloured woodcut on pasteboard. The upper half of the card, with the upper edge also missing. Five out of the ten pips are present. The position of the central pip in the upper portion of the card indicates that there would have been a second pip below and confirms the card as the Ten of Clubs rather than the Nine of Clubs. There is a crease across the card where it has been folded. There are two holes at the centre, which are most likely stitching holes relating to the secondary use of the card as a stiffening material in bookbinding. See W.M. Fletcher, who describes other playing cards and MSS found near staircase A at Trinity College in 1902 which are ‘pierced with stitching holes containing fragments of thread’ and states that, ‘These no doubt represent some rubbish from destroyed book bindings, for it should be remembered that this staircase provided a back way to the College Library when it was housed in this block’. See, W.M. Fletcher, M.A., Fellow of Trinity College, ‘On some old playing-cards found in Trinity College’, in _Proceedings of the Cambridge Antiquarian Society_, vol. XI, 1907, p.455 (ref. copy with curatorial annotations in the margin which was donated by Fletcher and found with the playing card collection). P.14643-R was contained, along with P.14642-R, a fragment of the Queen of Spades, inside an envelope marked: ‘Playing cards from Trinity College (Mr W.M. Fletcher) / see Camb. Antiq. Soc. Comm. vol. XI, p.454 / Recd. Sep 10/07 / H.A.L.’. However, it is not listed or described by Fletcher in either of his essays published in 1907 and 1915 in the _Proceedings of the Cambridge Antiquarian Society_. A handwritten inscription in black ink on the verso would seem to relate to the schemes to drain The Fens during the 1650s: ‘Judgment at / Peterborow / Levell / Drained / Judgemt. At Peterboro’. Level Drained’, and it can be assumed that the card dates from this period also. See Notes. P.14643-R probably came from the same pack as P.14642-R. See also Michael Goodall, 'Behind the wainscot and under the floorboards', Lucida, 9 (2003), pp. 196-199, which reproduces Fletcher's earlier findings. 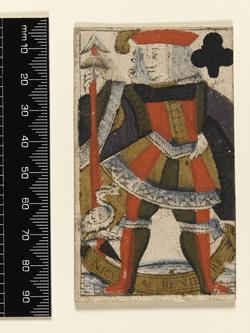 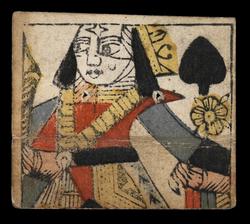 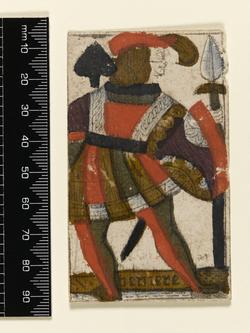 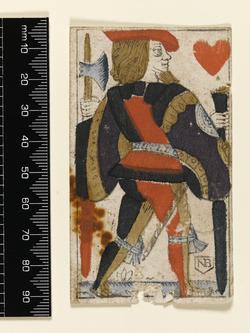