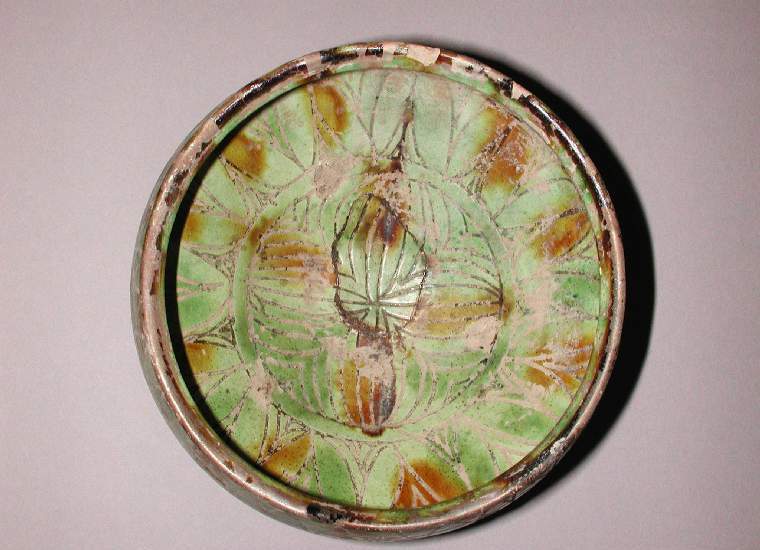 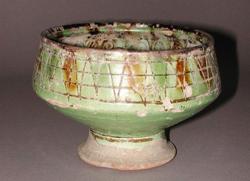 Buff earthenware, appearing pale orange on the exterior of the foot, thrown, slip-coated on the interior and exterior, except for the underside of the foot, incised, and painted in green and yellowish-brown under lead-glaze. Circular with sloping, carinated sides, standing on a high, incurved footring. There are three spur marks on the interior. Decorated inside with an incised design comprising a central medallion containing a four-petalled flower (?), surrounded by a band of paired leaves, and a band of whirls between incised lines. Painted pale green overall with four splodges of yellowish-brown over the central medallion, and at intervals over the two bands. There is a brown band on the rim. On the sloping upper part of the sides there are four horizontal incised bands with zig-zag line over them. The exterior, and some of the footring, is pale green with splodges of brownish-yellow and darker green over the incised design.

Throwing : Buff earthenware, appearing pale orange on the exterior of the foot, thrown, slip-coated on the interior and exterior, except for the underside of the foot, incised, and painted in green and yellowish-brown under lead-glaze