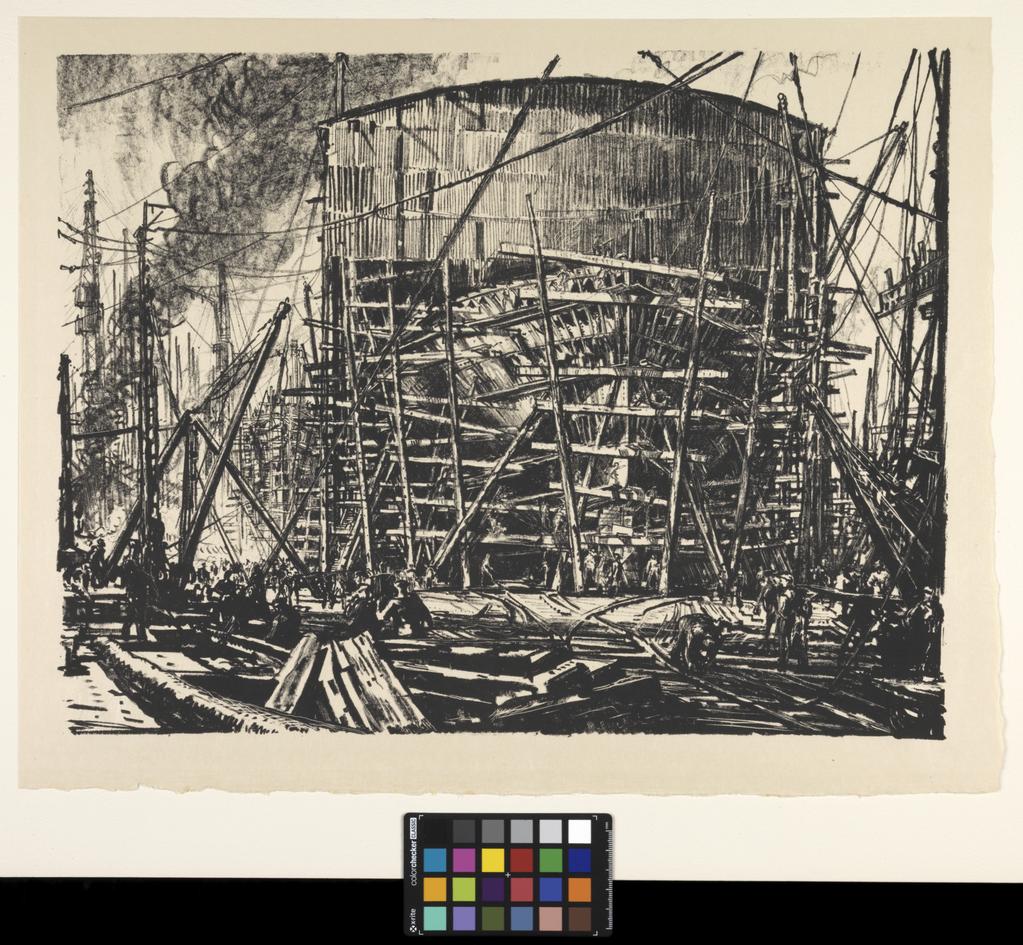 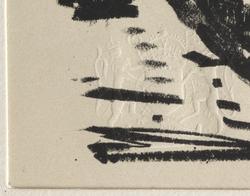 "On the stocks" The Great War: Britain's Efforts and Ideals

The hull of a ship is seen under construction behind scaffolding ('stocks'), a small army of workers below, sketchily represented, are dwarfed by the ship's enormous size.

Monochrome print, in black ink only. Signed at lower centre, scratched into the ink and exposing the stone, so printing white on black: 'M. Bone'. Blindstamp of Coat of Arms of the United Kingdom (George V) as used by HM Government at lower left. 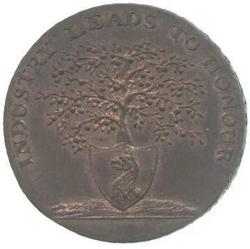 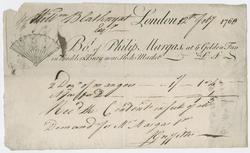 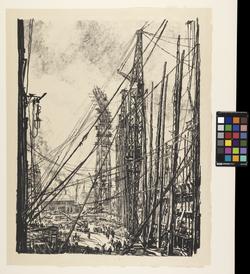 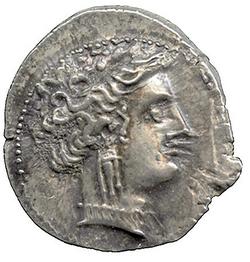