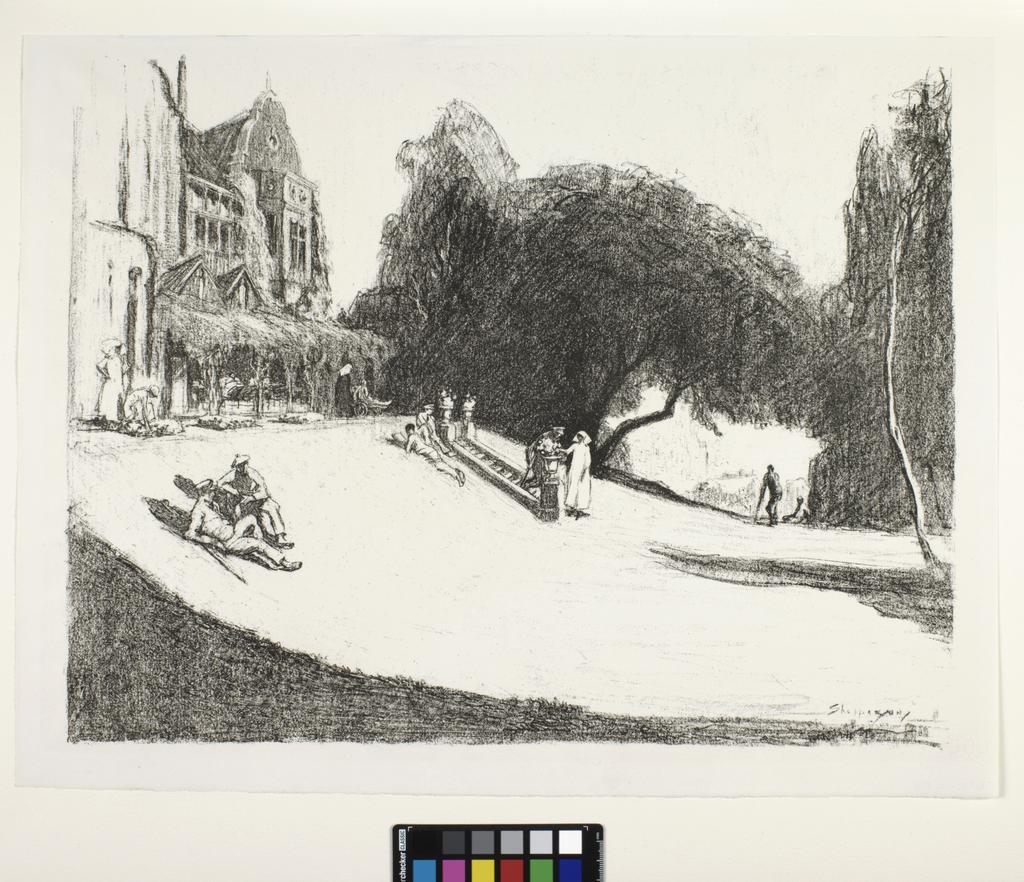 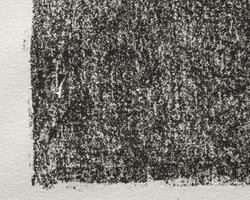 "Convalescence in England" The Great War: Britain's Efforts and Ideals

A scene on a sloping lawn before a large house with a dutch gable. Two soldiers, one with a crutch, sit on the bank in the left foreground, a nurse helps another down some steps at centre middleground and a lone figure on crutches walks beneath an overarching willow tree in the distance on the right.

Monochrome, printed in black ink. Signed at lower right: 'Shepperson'. Blindstamp of Coat of Arms of the United Kingdom (George V) as used by HM Government at lower left. 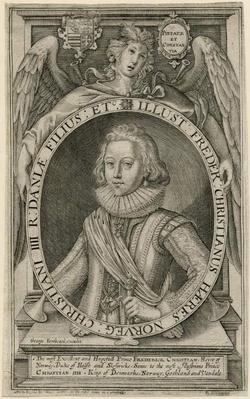 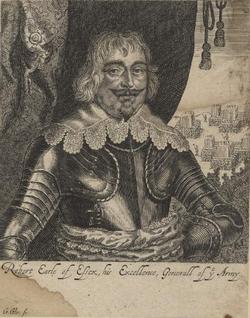 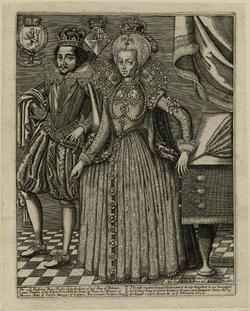 Frederick V and Elizabeth of Bohemia 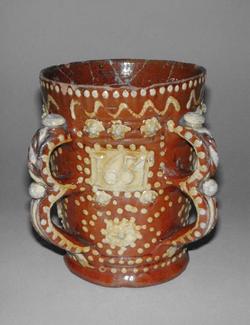