Earthenware, with moulded decoration, glazed inside and out.

Norman Wilson (1902-85) learned his trade working in his father’s china works while studying at North Staffordshire technical College, where he won a silver medal and, later, lectured. He joined Wedgwood as Works Manager in 1927, and became joint Managing Director a few years before his retirement in 1963. His main contribution was in the technical modernisation of the factory, but he also created a number of decorative glazes and contributed to the design of successful tableware series.

Wilson was inspired by Chinese ceramics, particularly those of the Sung Dynasty potters (960-1279 AD) which favour elegant shapes and rich glazes. His ‘Unique Wares’ feature a wide variety of forms and experimental glazes, sometimes using several glazes on a single pot. The shape number on this bowl, 1581, suggests it is an earlier example. 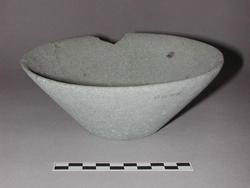 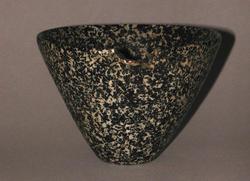 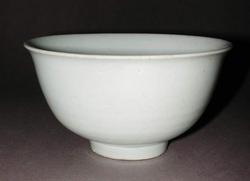 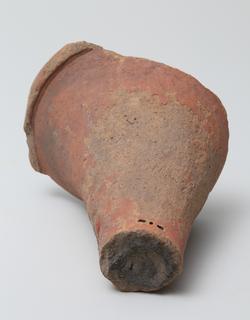