Lead glass. Trumpet-shaped bowl and stem on a plain foot. Of the Amen type, displaying verses of the Jacobite anthem engraved with diamond-point on the bowl and foot, with the Royal cypher of King James VIII of Scotland and crown above, and the word 'Amen' below on the bowl.

James Francis Edward Stuart (1688-1766), James VIII of Scotland, was the son of James VII of Scotland and II of England and his second wife, Mary of Modena. He was known as the 'Old Pretender'.

This glass is unusual in having part of the Jacobite anthem on the foot as well as on the bowl. The inscription was almost certainly added in the early 20th century, and could have been copied from a photograph of the Amen glass in the Ashmolean Museum which has this feature. 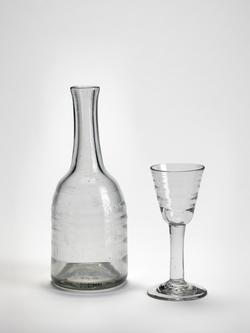 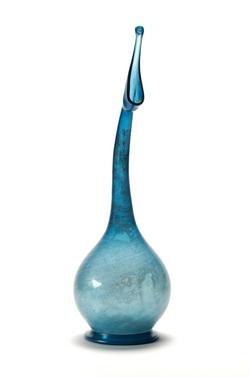 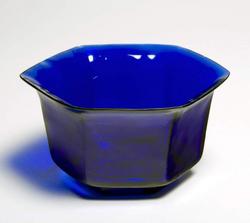 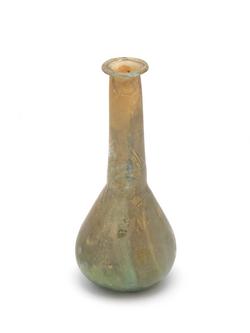 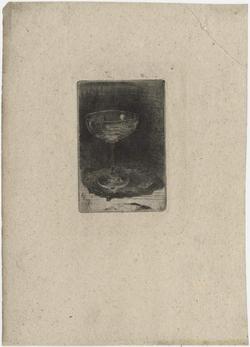 Teapot in the form of a pineapple