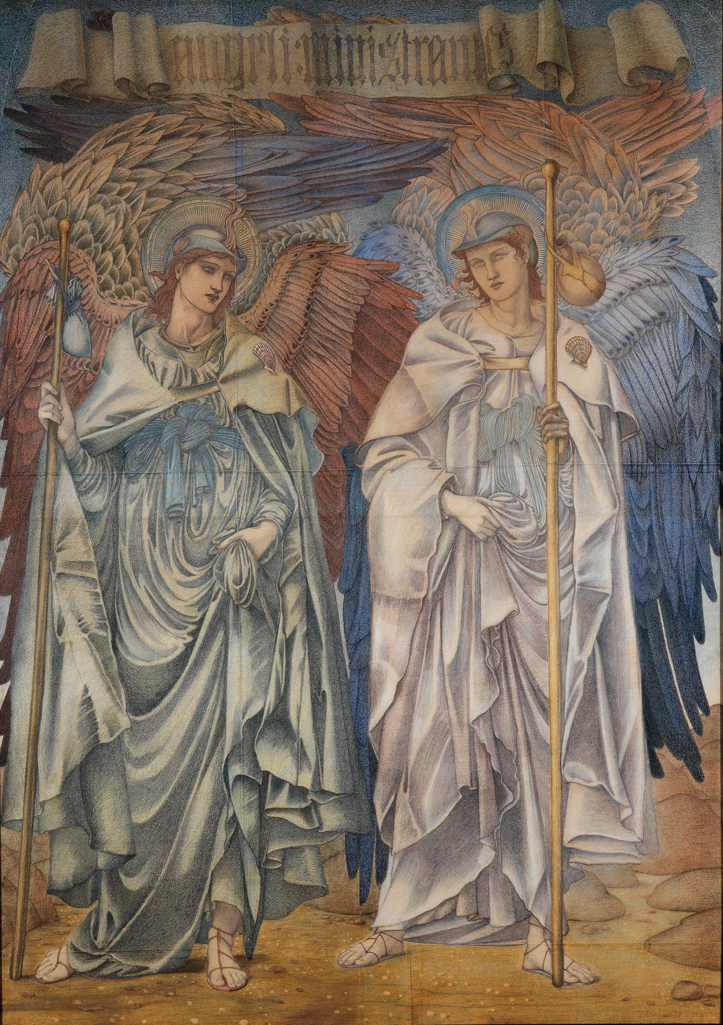 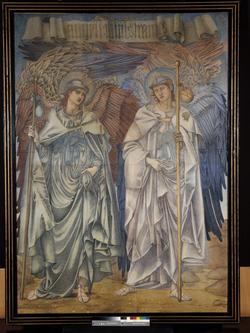 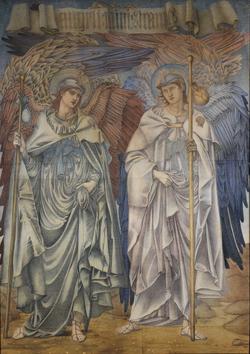 Method of acquisition: Given (1910) by Murray, Charles Fairfax

In Burne-Jones' account book, entered between March and August 1878, are '4 colossal and / sublime figures / of Angels £20 ea,' with 'Salisbury Cathedral' marked in the margin. The designs were apparently used for glass in the south choir aisle at Salisbury, and also for tapestries made by Morris and Co. at Merton Abbey. One version of 'Angeli Laudantes', woven in coloured wools and silks on cotton warps, 240 x 204cm., was purchased by the Victoria and Albert Museum in 1898, and both designs were adapted for the upper sections of two tapestries woven 1904-5 for the East End of Eton College Chapel, as part of a war memorial. Another version of one of the tapestries belongs to Charles Handley-Read (information via Mr John Gordon-Christian, 1971). The present drawing, along with No. 699.2, is finished with coloured chalks to a degree which would be surprising in a working cartoon for stained glass. Nor have lines been drawn in to indicated the position of the leads. This suggests that it may have had more to do with the execution of the tapestries, and that it was also intended to stand as an independent work of art. As such it was made, by Burne-Jones himself, into a memorial gift.

Inscription present: the above follows a biographical note about Elizabeth Rossiter; the '6' crossed out and the '3' added in graphite - this is page 16 of a catalogue of the South London Fine Art Gallery, Founded 1868, the new gallery opened 1891

Inscription present: the above is accompanied by a numerical list of paintings, nos. 364 to 389 - it is page 11 of the same catalogue 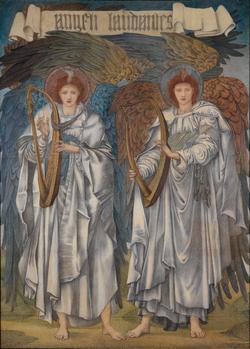 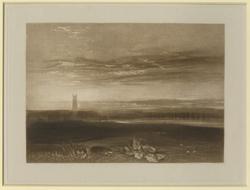 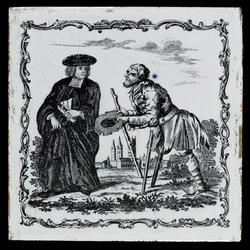 The Pluralist and the Old Soldier 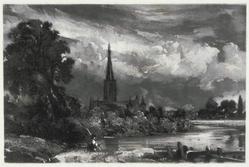 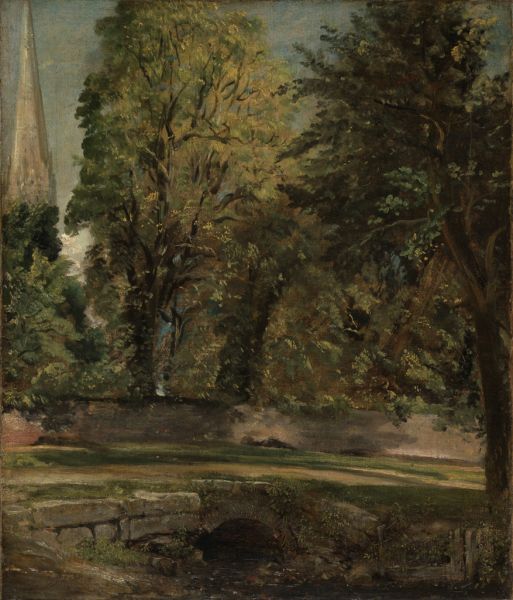 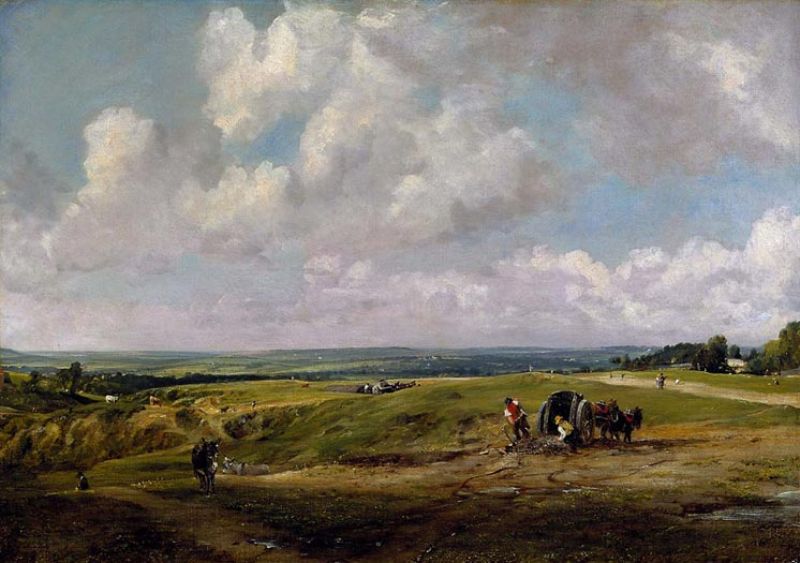 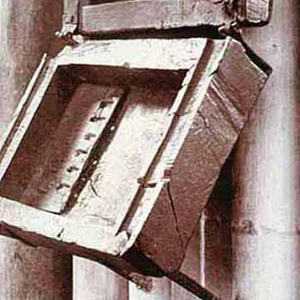