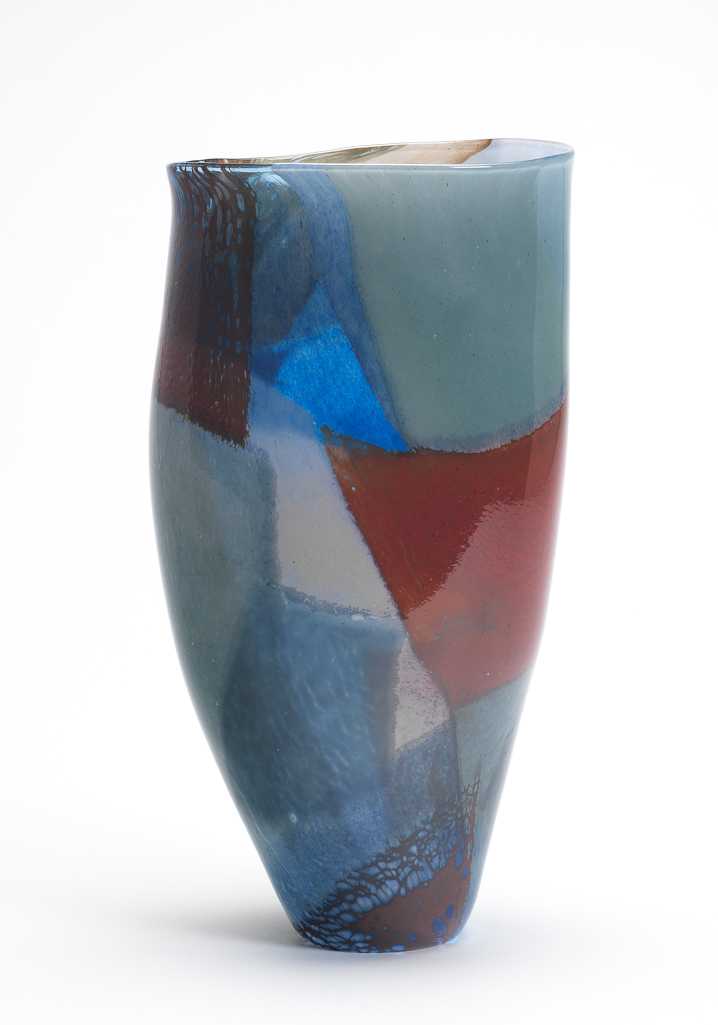 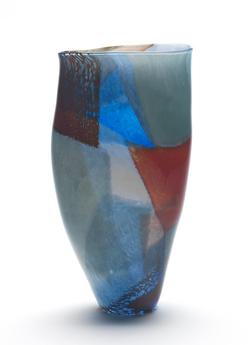 History note: Purchased from the glassmaker by the donors

Text from object entry in A. Game (2016) ‘Contemporary British Crafts: The Goodison Gift to the Fitzwilliam Museum’. London: Philip Wilson Publishers: Marianne Buus studied at West Surrey College of Art and Design, graduating in 1990. From 1992 to 1993 she worked as a glassblower at the Kosta Boda studios in Sweden and between 1991 and 1994 undertook an apprenticeship with Jan-Erik Ritzman (b.1943). She completed a Masters at the Royal College of Art, London in 1997 and continued to develop her own work alongside teaching posts in England and Denmark. She has worked as a freelance designer for Royal Scandinavia in Denmark and Mglass in Portugal. In 2010 she was awarded a Masters in Entrepreneurship Education and Training from Aarhus University, Denmark, and currently runs a training programme for Nordic artists entitled Entre North. Marianne Buus: ‘In all my glass work I was concerned with the soft feel and fluidity of the material. All my works were formed freehand when the glass is molten. Rich layering of colours, carefully mapped out before the vase is blown, distort during the process of making.’

Free-blown : Free-blown glass, rolled across a pattern of ground glass arranged on a steel plate, coated in clear glass