A Journey to France and Italy

In English and French

Paper, 108 fols. (including endleaves), scribal ink foliation 1-73 and 1-12 applied only to leaves with text, at the centre of upper margin, underlined in red ink; 188 x 150 mm; text written on rectos only (with occasional supplements or corrections added on versos) in dark brown ink; catchwords at the foot of each recto.

1777. The Charge of Travelling from London to Paris in a Post-Chaise and Four Horses for a Gentleman with his Valet de Chambre & Courier; as also his Expences during his stay at Paris for three Months with occasional Remarks … ‘till they Return to their own Country.

Copied by a single accomplished hand, probably the author, the Hon. William Fitzwilliam (1712–97) (paternal uncle of Richard, 7th Viscount Fitzwilliam) in brown ink, using red ink and underlining to pick out place names and other notable elements (first text only).

This book brings together two texts by William Fitzwilliam, who on fol. 1 refers to himself as ‘an Englishman turned of Fifty!’. The texts were originally composed separately at an interval of seven years, but are here copied out together on English paper; William seems to have taken the chance of his nephew Richard’s imminent [first?] journey to Italy to present him with a neat, beautifully bound copy of his own travel diary for the years 1769-70, supplemented by a short (possibly incomplete) text of advice for the young traveller. Note also that Richard, 7th Viscount Fitzwilliam’s father the 6th Viscount (1711 - 25 May 1776) had died in 1776; perhaps his younger brother William felt impelled to offer substitute paternal advice to his nephew. The text of the diary (fols 1r–73r) has been worked up from an earlier draft, with place names written in red and underlined, and the syntax fully established; there are also pithy moments of advice that were probably not part of the original text and a disquisition on how to be a connoisseur of paintings that were surely added in order to transform a journal into a book of guidance and amusement. 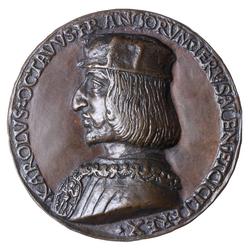 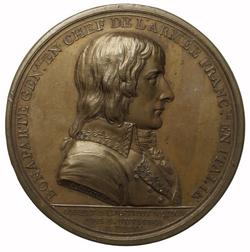 Napolean as commander of the French Army in Italy, Peace of Campo Formico, 1798. 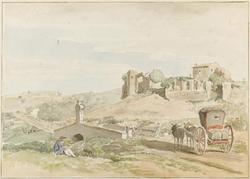 Ruins on the road to Cori 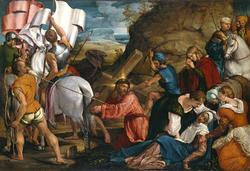 The Journey to Calvary Landscape with windmill and carts 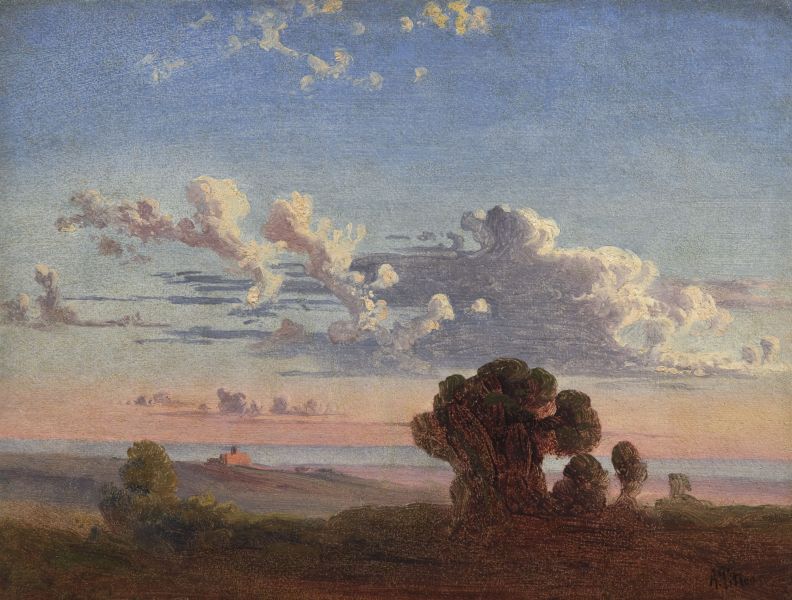 Sunrise in a Landscape