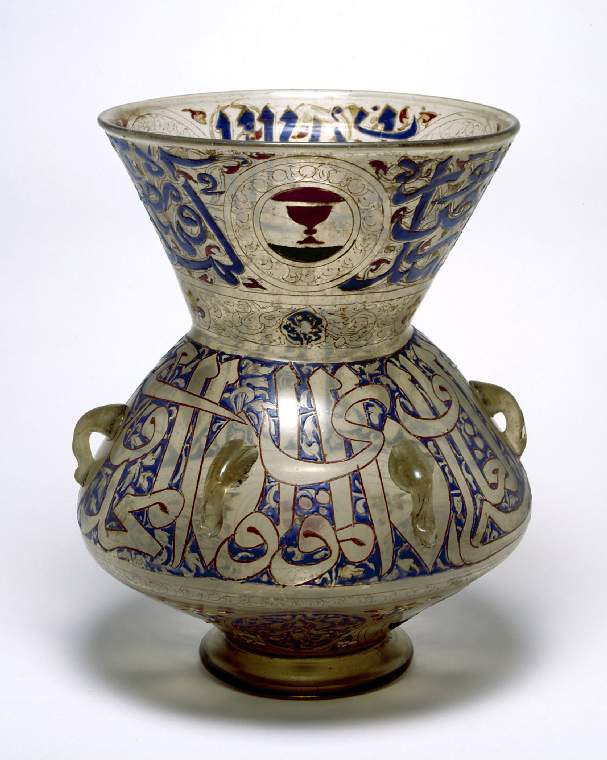 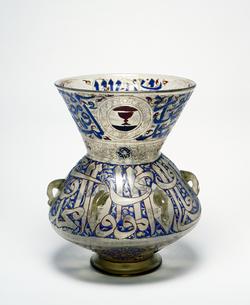 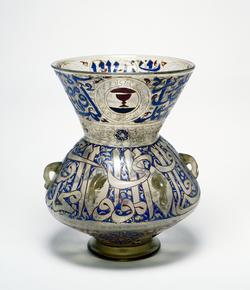 Clear bubbly glass with a brownish tinge, free blown, with applied lugs, enamelled in blue, red, white and black. Depressed globular body with six clear lugs for suspension on the sloping shoulder, flaring neck, and low circular foot. Decorated on the upper part of the neck in nashki script with a passage from the Qur'an, Sura XXIV, 35, the Sura of Light, broken by three circular medallions containing a red cup. Around the lower part of the neck is a band of red scrolling foliage brokenby upright plant motifs. The shoulders are decorated in larger script reserved in foliage outlined in red in a blue ground: 'By the order of the most noble authority, the Exhalted, the Lordly, the Masterful, holder of the sword, Shaykhu al-Nasiri'. The lower part of the body is decorated with three medallions containing cups alternating with three medallions containing blue foliage. The spaces between are occupied by flowers.

Given by the National Art Collections Fund to commemorate the Centenary of the opening of the Fitzwilliam.

Method of acquisition: Given (1949-12) by National Art Collections Fund

Mid 14th Century
Mamluk
Production date: circa AD 1355 : The inscription indicates that it was made to the order of the Emir Shaykhu, probably for the mosque or mausoleum he built in Cairo between 1349 and 1356. He was assassinated in 1357. 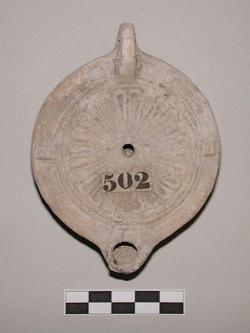 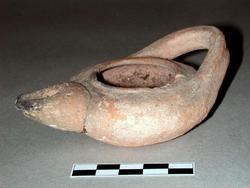 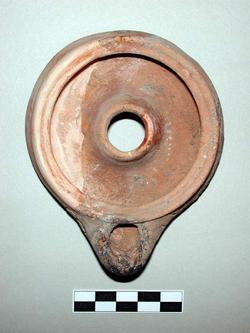 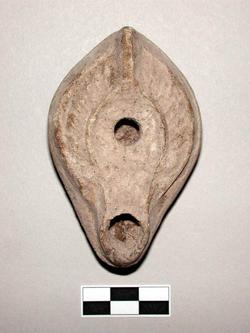 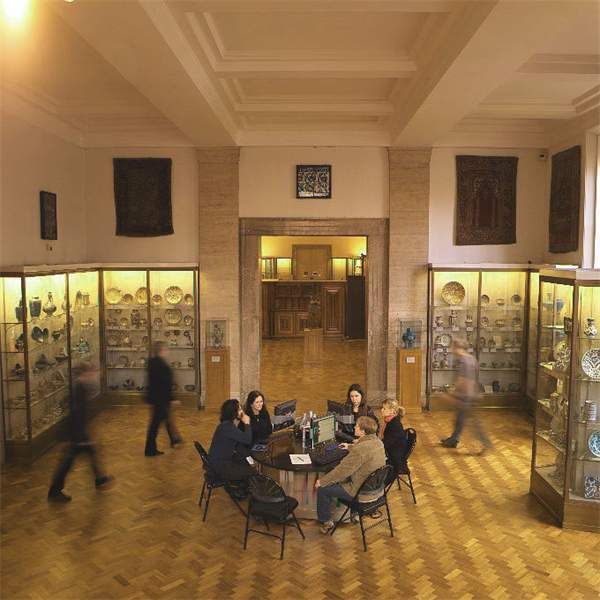 Gallery 33: Arts of the Near East