The Triumph of Fame over Death

Clear glass, silver-stained and painted, yellow and brown with border of blue glass. The Triumph of Fame over Death. The winged figure of Fame stands on a golden car drawn by two lions, blowing a double trumpet. In front of her is a low reading-desk on which four books are visible, and behind follows a group of armed men, on e with unsheathed sword; to the left, in the background, a man carries two pillars and in the far distance are classical ruins. In the foreground lie the prostrate figures of the three Fates.

Given by the Friends of the Fitzwilliam Museum, with a grant-in-Aid from the Victoria and Albert Museum

Method of acquisition: Given (1983-07-25) by The Friends of the Fitzwilliam Museum

Style of Pieter Coecke van Aelst (c.1502-50), probably from his workshop or that of a glass painter influenced by him. 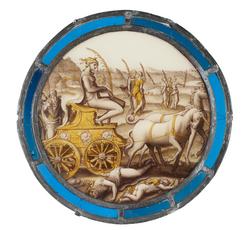 The Triumph of Chastity over Love 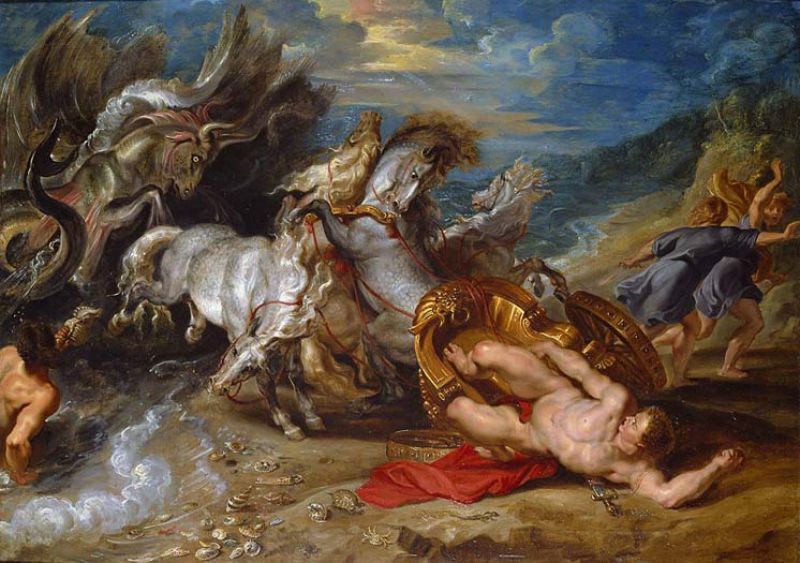 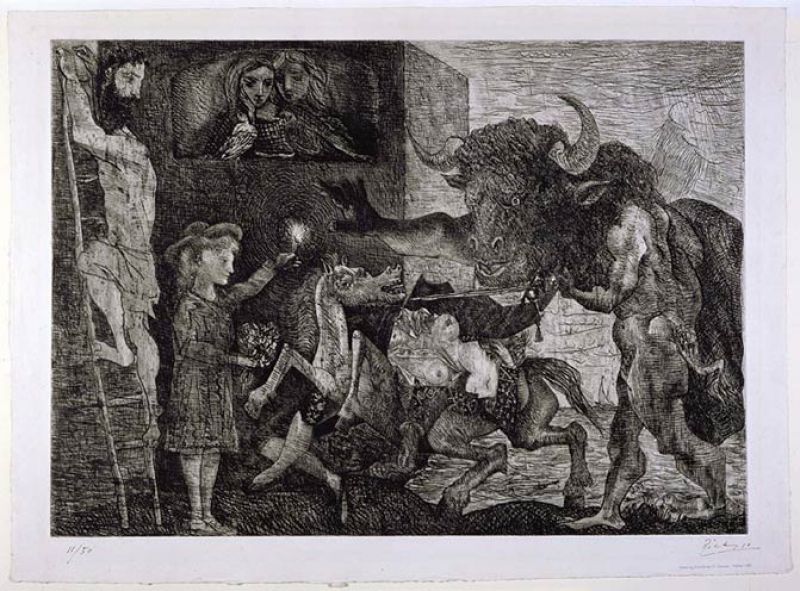