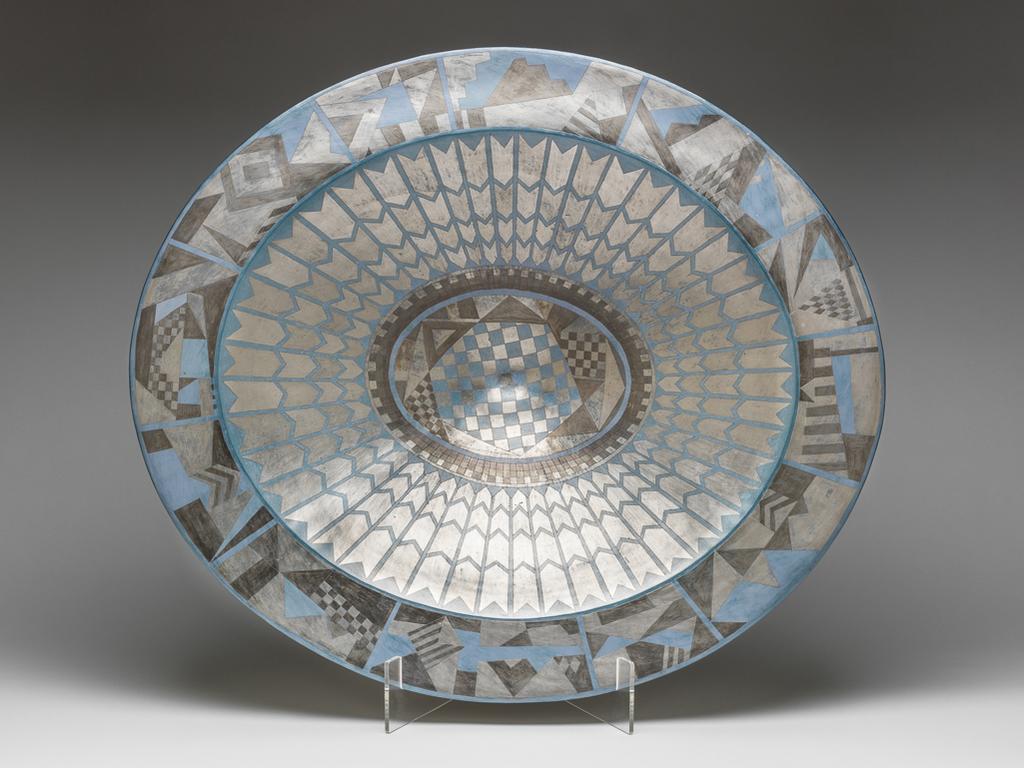 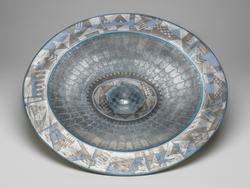 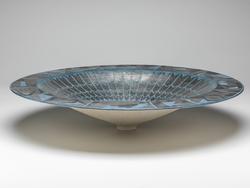 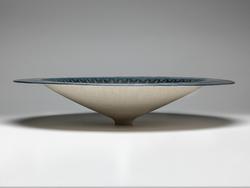 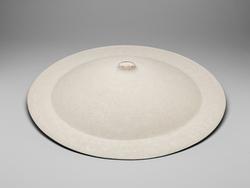 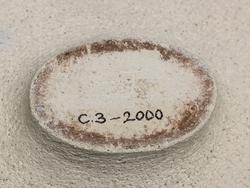 Very pale buff coiled earthenware, the upper surface smoothed, coated with a white, burnished slip, decorated in iridescent-blue, dark grey, and platinum lustre, and fired twenty times or more. The reverse is unglazed, and has numerous striations radiating from the base and three or four concentric circles of lines round the rim. Oval, with a wide slightly everted rim, and deep sloping sides, standing on a narrow oval base. In the centre there is an oval blue frame enclosing a six-sided figure chequered in blue and platinum surrounded by various geometrical shapes in dark grey and platinum. This is surrounded by a dark grey crenellated border. The sides have a blue ground decorated with forty-eight 'arrows' each composed of four separate chevrons of graduated size, the smallest nearest to the centre. The rim is divided into twelve panels filled with different geometrical motifs in all three colours.

History note: Purchased from the potter in 1996

Text from object entry in A. Game (2016) ‘Contemporary British Crafts: The Goodison Gift to the Fitzwilliam Museum’. London: Philip Wilson Publishers: Judy Trim: ‘The imagery was inspired by Egyptian burial-chamber rituals, for a body of work resulting in a major installation of some forty pieces called Processions in Clay at Anatol Orient Gallery, London in 1986. This was a later work.’ 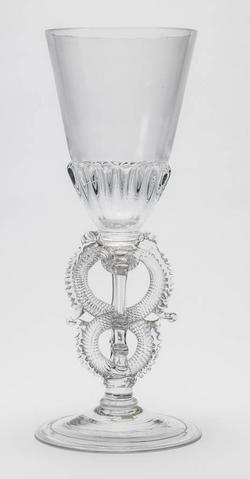 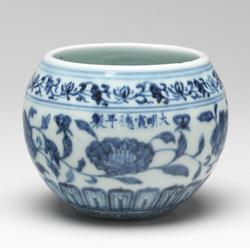 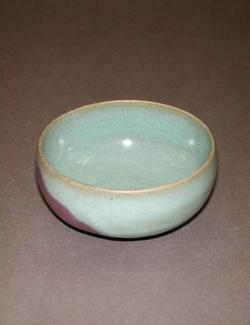 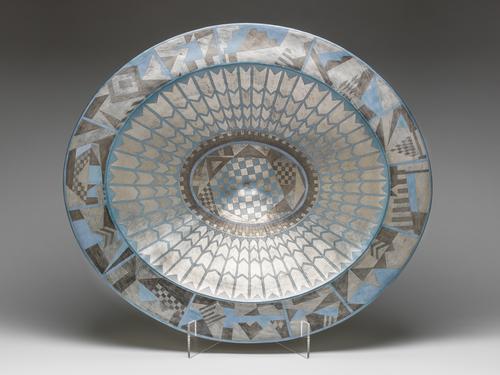