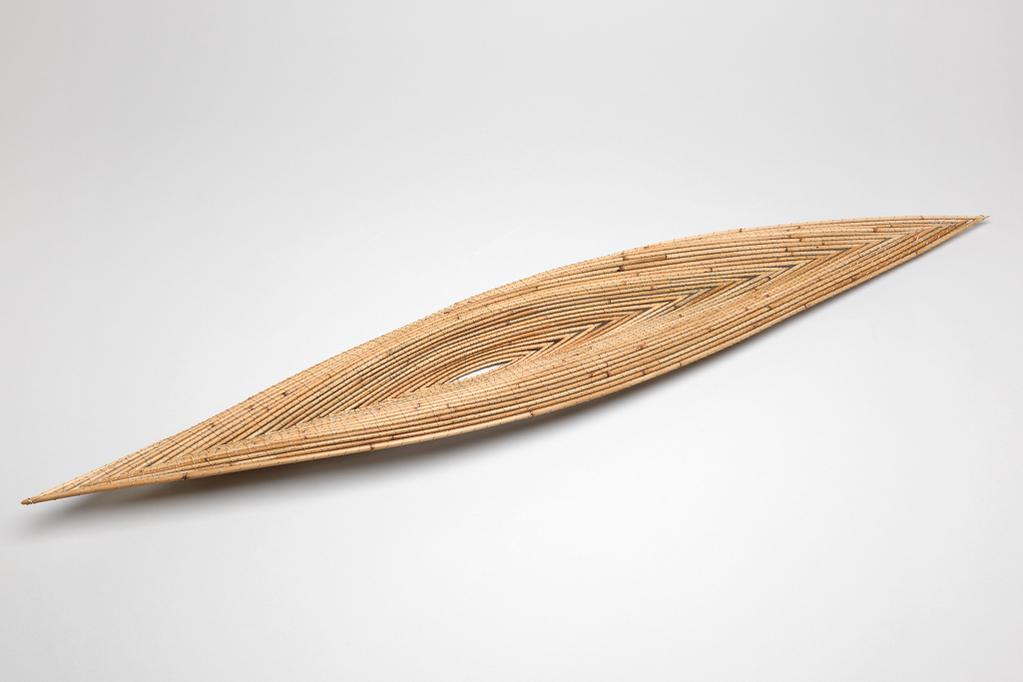 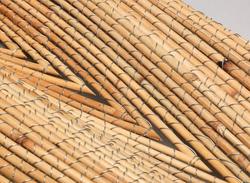 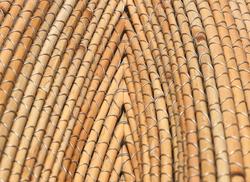 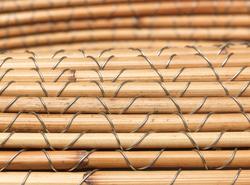 Poleuti cane, tinned copper wire, and crimps. Of elongated eliptical form with a dip in the middle.

Text from object entry in A. Game (2016) ‘Contemporary British Crafts: The Goodison Gift to the Fitzwilliam Museum’. London: Philip Wilson Publishers: Dail Behennah studied Geography at the University of Birmingham and completed a postgraduate diploma in Local History at the University of Kent in 1982. A three-year part-time study of basketry at the London College of Furniture in London led to her establishing a full-time studio in 1990, constructing vessels and other forms using willow, the traditional British basket-making material. As her work developed, Behennah began experimenting with a wide range of materials, ranging from steel cable to copper and enamel although willow remains central in her work. All her structures arise from her study of the history and techniques of basketmaking, but forms are developed through improvising new approaches to these traditions. The dish was part of a series of five forms constructed from poelut cane a form of fine rattan which still has shiny, inner bark. The slow, incremental method of construction lends itself to natural forms. Poelut cane has subsequently become harder to obtain and Behennah has not worked with this material since 2000. Dail Behennah: “I enjoyed the slow rhythmic stitching of these coiled pieces. The placing of each coil changes the form of the basket I was constantly making decisions. At the centre the piece grew very quickly, but by the time the edge had been reached each coil took over two hours so stitch”. 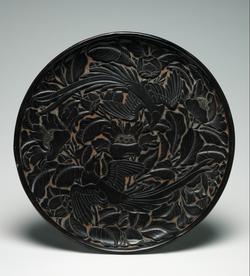 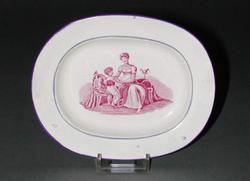 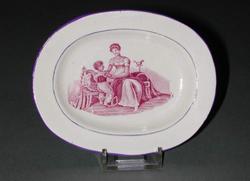 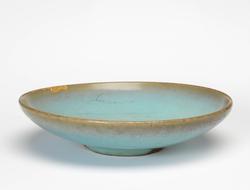 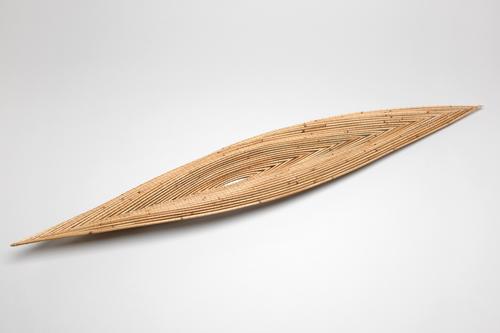