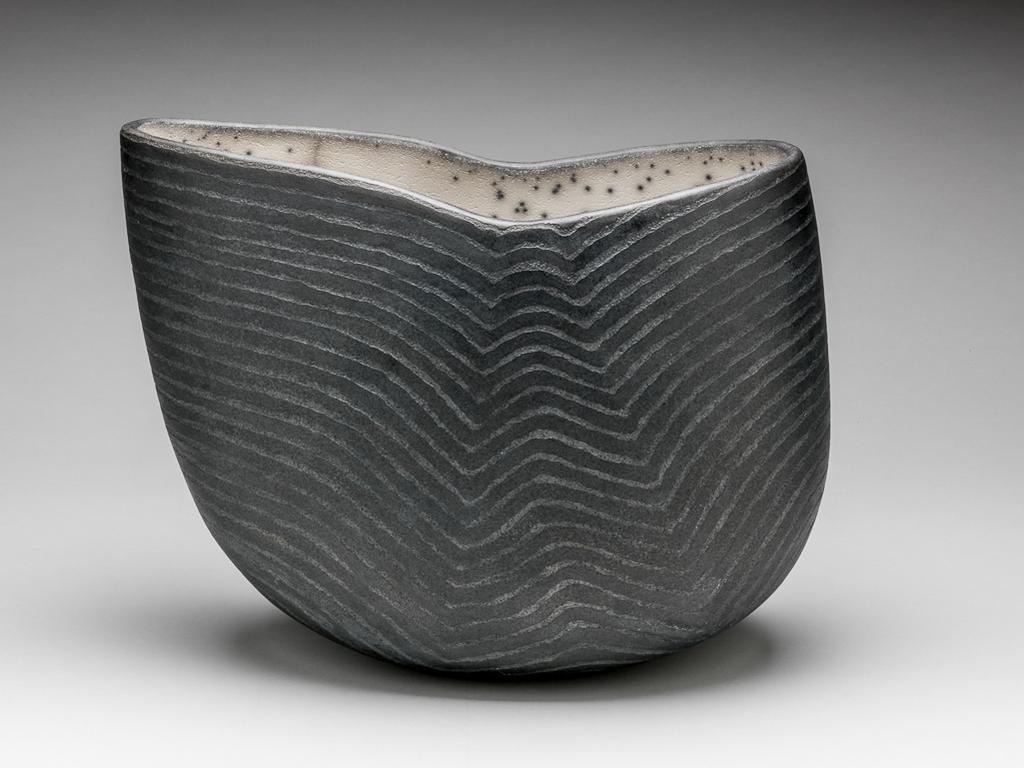 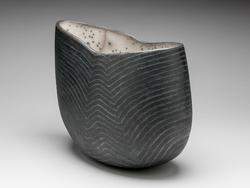 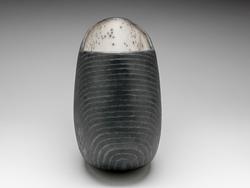 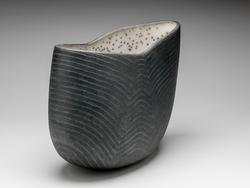 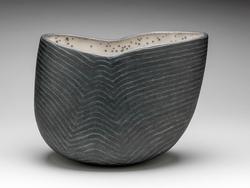 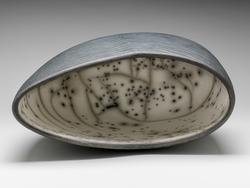 Hand-built, raku-fired vessel. Of elongated oval plan with curved slides, rising higher at one end than the other, so that the rim slopes downwards in a gentle curve on one side then then slightly upwards on the other. The exterior is very dark grey, the surface decorated with evenly spaced eroded lines which echo the curvature of the rim, giving the illusion of an inverted V-shap on each side. The interior has a rough off-white surface marked with crack-like grey lines and dark grey spots formed by the raku process. The underside is rounded with the surface colour and pattern continuing underneath.

David Roberts (b.1947) has an international reputation as a leading practitioner in raku ceramics. He became a full-time potter in 1981, following a decade as an art teacher, and now lives and works at Holmfirth, West Yorkshire. His large vessels are coil built, generally using a clay mix of 'T' material and porcelain. He abandoned glazing in the early 1990s and creates his surface effects through smoke generated by the raku firing process, aided by slips and resists.

Text from object entry in A. Game (2016) ‘Contemporary British Crafts: The Goodison Gift to the Fitzwilliam Museum’. London: Philip Wilson Publishers: This second work by David Roberts shows the artist’s growing interest in creating rock-like striations or textures on the surface of his vessels through carving into the surfaces prior to firing. Roberts’ increasing response to land forms in his work is explored in art historian Lynne Green’s 2000 monograph Painting with Smoke: David Roberts – Raku Potter, which was reissued in 2009.

This is one of a series of vessels in which Roberts explores ‘the many colours I believe to be found in BLACK’ and how shapes and surface can represent and echo the movement and pattern of water as it waves, ripples and eddies. The external lines are formed by eroding strips of the clay with water, at the bone-dry stage. This causes a different take-up of smoke in the raku process, resulting in the two-tone effect. Roberts is widely acknowledged as responsible for introducing modern large-scale raku in Europe. 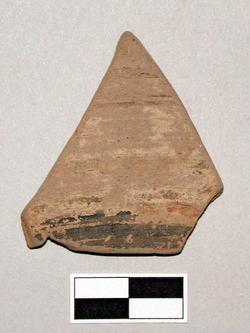 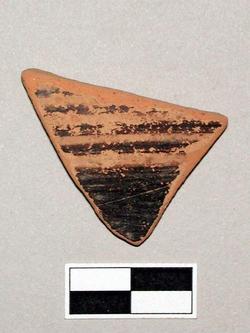 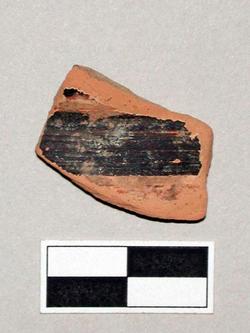 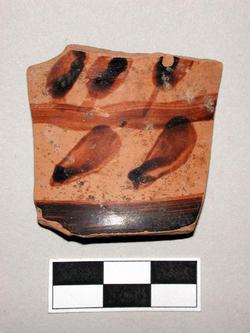