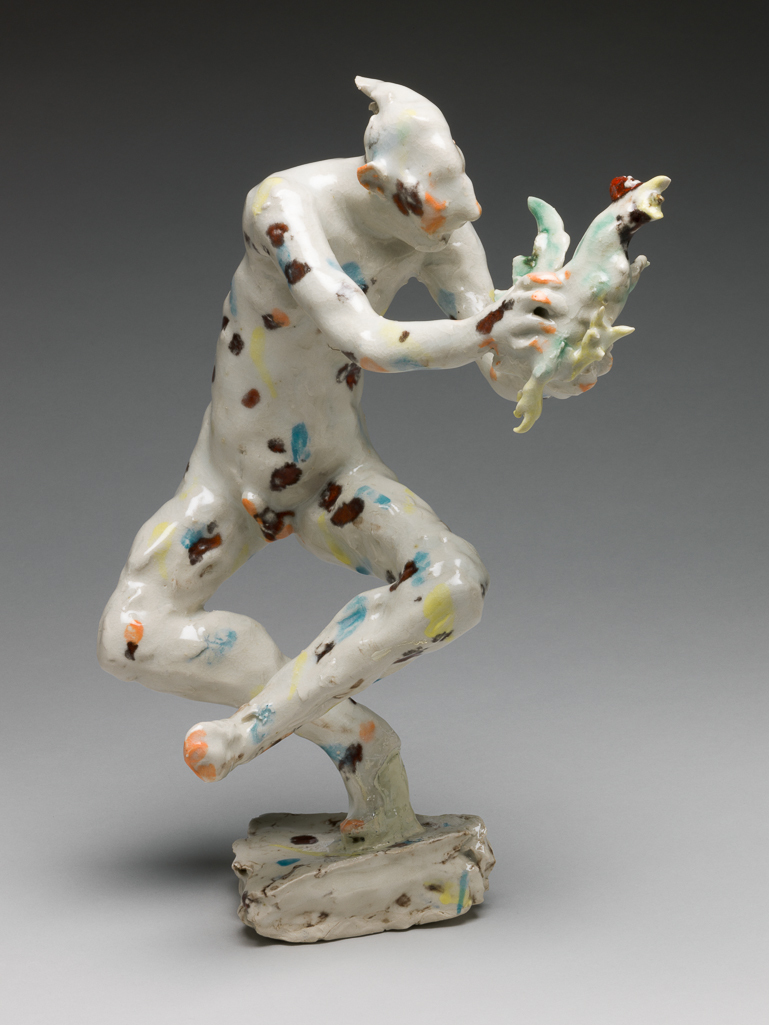 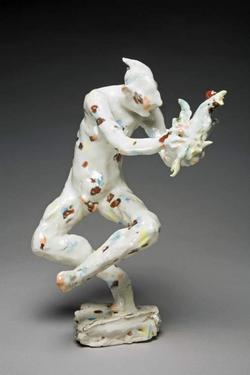 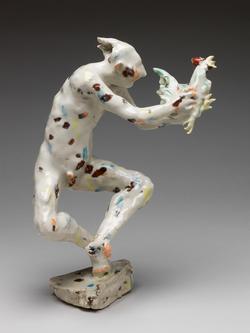 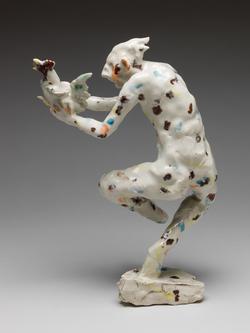 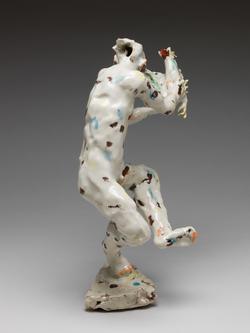 Porcelain hand-modelled, glazed and painted with dabs of turquoise-blue, green, yellow, orange, and dark red. Figure of a nude man on a small, shallow, triangular base with uneven sides, and of uneven height. He stands on the ball of his right foot. His right leg is bent at the knee, and his left leg, also bent at the knee, is crossed in front of the other leg with the foot in the air. His torso is leaning slightly to the left as he reaches out with both arms to grasp a cockerel which is flying towards the viewer. The man has a long nose, large ears, and hair flying out into two points at the back. His 'cock' is erect (it would probably have dropped off during firing otherwise).

Text from object entry in A. Game (2016) ‘Contemporary British Crafts: The Goodison Gift to the Fitzwilliam Museum’. London: Philip Wilson Publishers: Born in Germany, Michael Flynn spent some of his early childhood on a farm in Ireland. He initially studied Fine Art and worked as a painter but moved to study Ceramics at Cardiff College of Art (1975–78) under Alan Barrett-Danes (1935–2004). His highly distinctive figurative ceramics draw inspiration from such diverse sources as Meissen figurines, Expressionist art and the gestural ceramics of Peter Voulkos (1924–2002). Flynn uses a variety of ceramic techniques and materials including raku, terracotta and porcelain. He also occasionally works in bronze. His sculptures explore the tense nature of male/female relationships with suggestions of lust, violence, joy and ecstasy. His work is inspired by stories, myth and legend which he incorporates into his work. He has a studio in Cardiff but also spends parts of the year in Europe, mainly Germany and Poland. ‘A modern critique of traditional porcelain figure groups, clever and witty and highly relevant to the collections here [at The Fitzwilliam Museum].’ Duncan Robinson, Director, The Fitzwilliam Museum, 1995–2007. 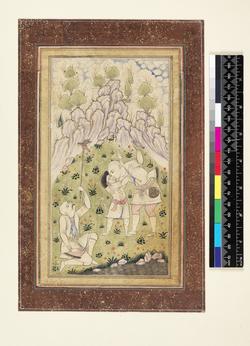 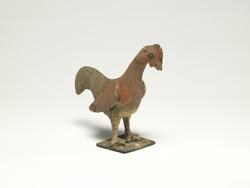 Figure of a cock 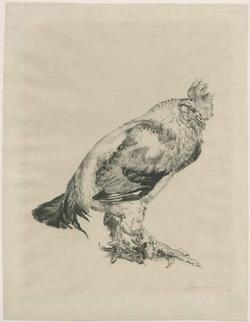 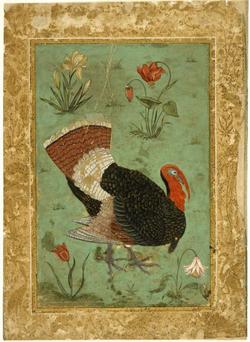