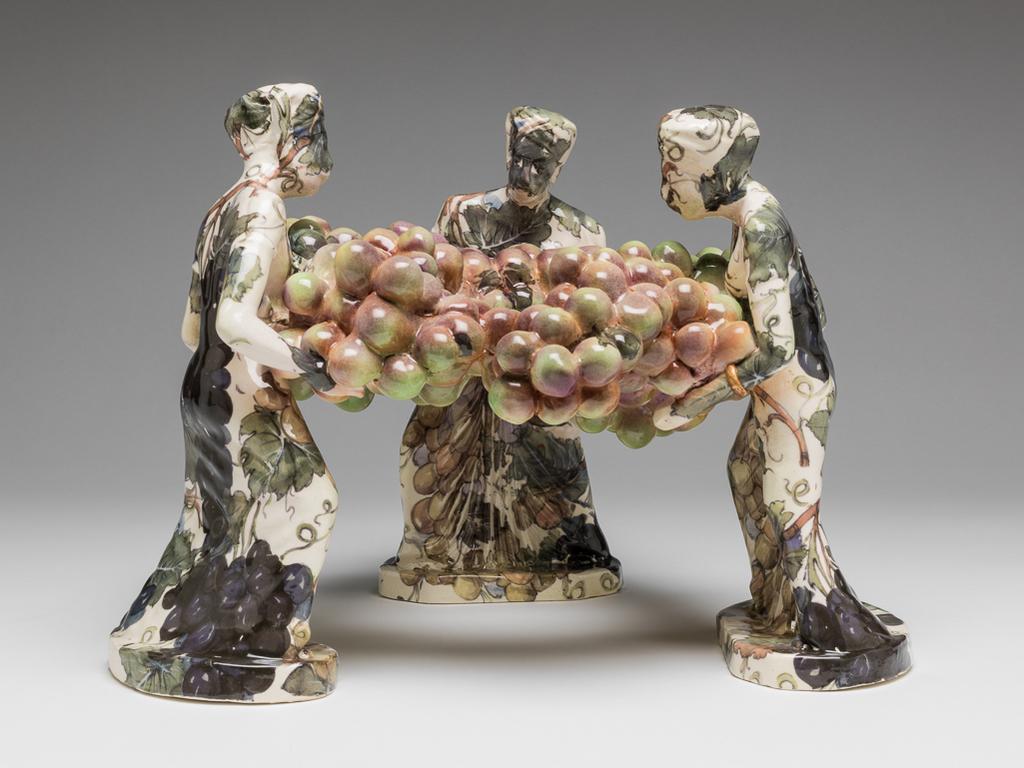 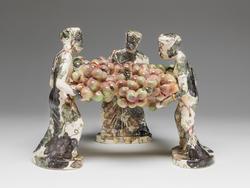 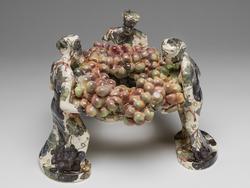 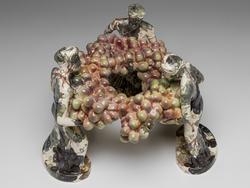 Cream earthenware, slipcast, painted, transfer-printed and gilt. Three figures holding a garland of grapes, The base of one figure is titled 'BANANA/DISH' in black.

Cream earthenware, slip-cast, painted underglaze in pale green and pinkish-purple, decorated with open stock French slide on screen-printed ? transfers, and gilt. Three turbaned figures in long pleated gowns standing on oval bases, holding between them a garland of grapes. The figures are decorated all over with fruiting vine in shades of greyish-green, purple, pink, and pale brown, and have narrow gold bracelets. The garland of grapes is painted underlgaze in pale green, and pinkish-purple, with transferred leaves here and there. The underside of each base is pale green. The base of one figure is titled 'BANANA/DISH' in black.

History note: Purchased by the donors at the Craft Shop of the Victoria and Albert Museum

In a telephone call on 13 January 2000, the potter said that she made moulds for the figures from an advertising figure for tea, probably from 1960s, and that the transfers were open stock French transfers.

Text from object entry in A. Game (2016) ‘Contemporary British Crafts: The Goodison Gift to the Fitzwilliam Museum’. London: Philip Wilson Publishers: Carol McNicoll studied Fine Art at Leeds Polytechnic and Ceramics at the Royal College of Art, London. She established her studio in London in 1973 and although best known for her bold, slip-cast ceramics, she has also worked as a teacher and as a seamstress for Zandra Rhodes (b.1940). She created costumes for the first line-up of Roxy Music and was the design supervisor for the album Here Come the Warm Jets by Brian Eno (b.1948). She has designed ceramic giftware collections for Hawk Pottery, Warehouse Designs, Japan, Next Interiors and a range of glass for Victoria Glass in London. Her original ceramics draw on a wide range of histories, rooted in domestic vessel traditions, inspired by a determination to make the everyday extraordinary. She was part of a vanguard of new thinking that helped to transform studio work in the 1970s and she has exhibited, and is collected, internationally. A monograph on her work, in which this piece is illustrated, was published to accompany a retrospective exhibition at Leicester City Art Galleries in 2003. Carol McNicoll: ‘In the age of IT, making things by hand is a supremely anachronistic occupation. The First World has relegated the unglamorous and unprofitable activity of production to the Third World, reserving the cleaner and more lucrative manipulation of information for itself. The capacity for making things has always seemed to me to be a defining human characteristic. The home, a context that the cutting-edge art world abandoned sometime around 1945, is the context I find most intriguing. Banana Dish is a fruit dish that I thought would be perfect for bananas. When I realized that fruit keeps better if air is allowed to surround it I was given the freedom to make fruit bowls that are still practical.’ A life history interview with Carol McNicoll is available at http://sounds.bl.uk/Oral-history/Crafts 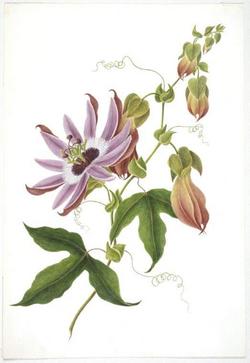 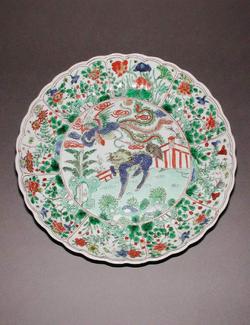 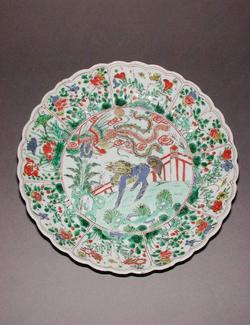 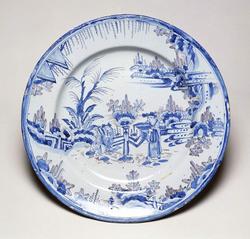