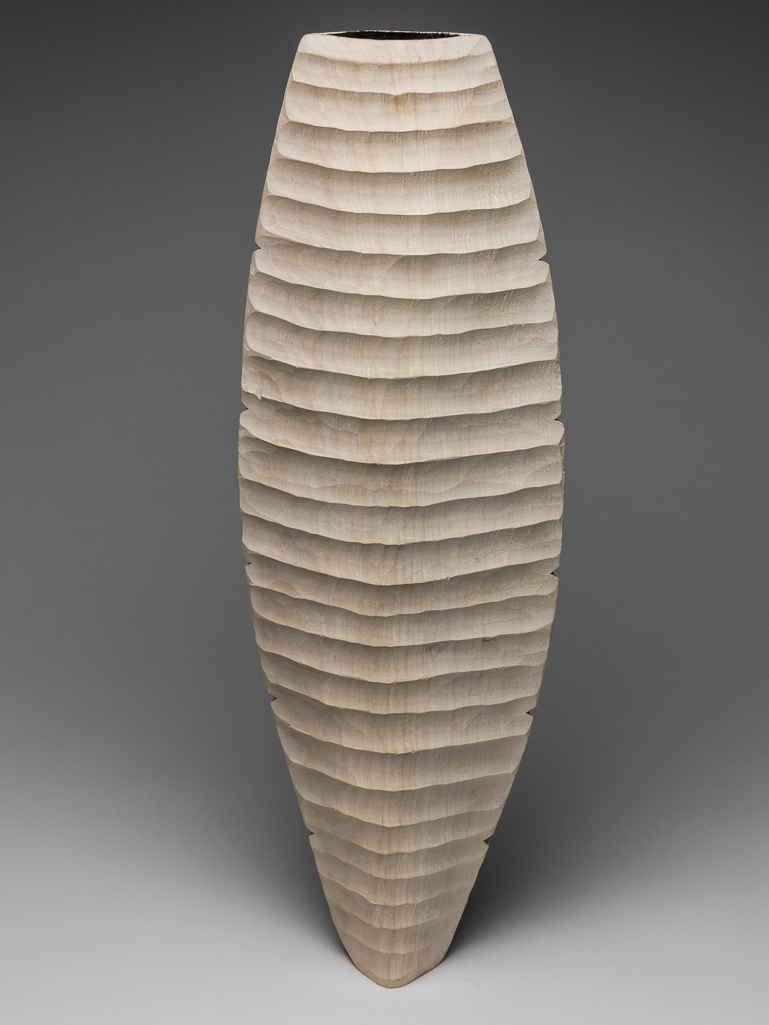 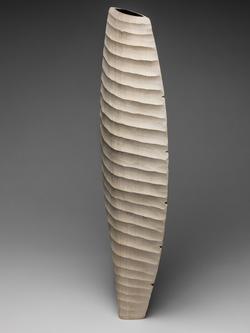 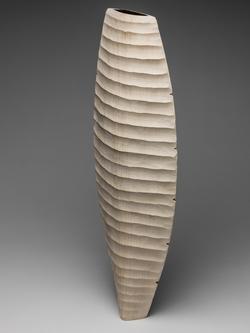 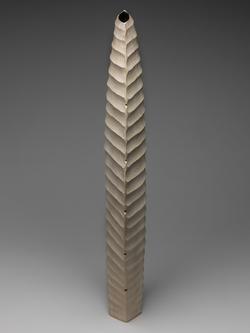 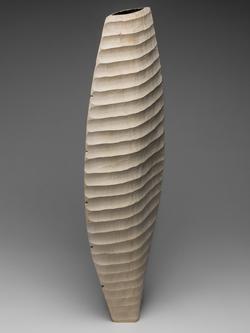 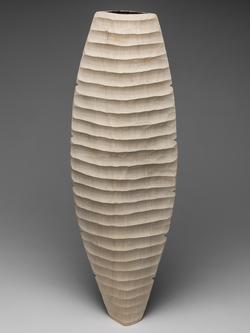 Limewood, carved, notched and limed white on the exterior and blackened on the interior. The vessel has a four-sided, roughly diamond-shaped base. The plan widens and elongates into a pointed shuttle shape as the sides rise upwards to the widest point. They continue to rise and contract into a narrow shuttle-shaped mouth, which is hollowed out to a depth of 5 cm. The sides are carved with twenty-six wavy horizontal ripples, and there are five notches at intervals on both side edges opposite to each other. The exterior is limed white overall, and the interior of the mouth is blackened.

History note: Purchased from the makers by the donors

Text from object entry in A. Game (2016) ‘Contemporary British Crafts: The Goodison Gift to the Fitzwilliam Museum’. London: Philip Wilson Publishers: Gaynor Dowling studied Textiles at Cumbria College of Art and Malcolm Martin studied Sculpture at Bath Academy and the Royal College of Art, London. They have been working collaboratively since 1997 creating vessels and sculptures carved from wood. The surfaces of their collaborative pieces are carved using a range of gouges, and other hand tools, to explore the expressive potential of low-relief carving by hand. In recent years, they have worked on larger scale outdoor commissions for, amongst others, Queen Elizabeth College, London. Malcolm Martin and Gaynor Dowling: ‘Our forms hover somewhere between imagined vessels and the memories of bodies. What all our pieces share is the central role of the hand and hand tools, primarily through carving.’

Carving : Limewood, carved, notched and limed white on the exterior and blackened on the interior