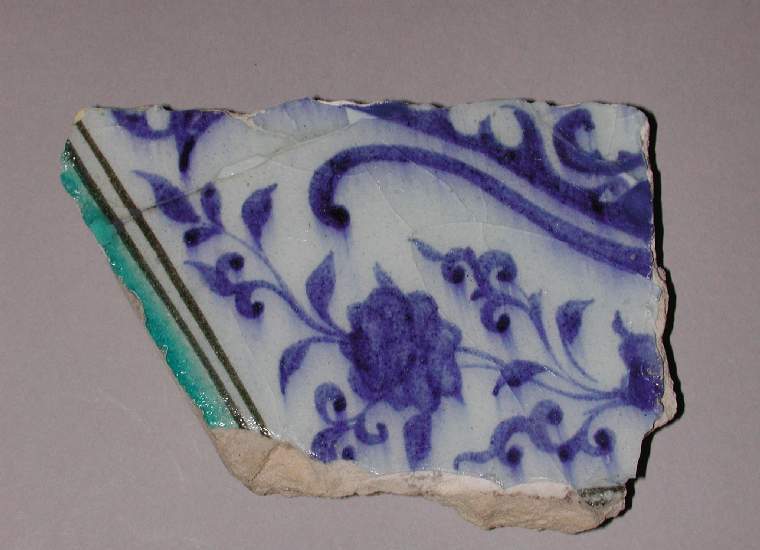 Fritware painted in blue, turquoise and black under a colourless glaze

Moulding : Fritware, mould made, painted in blue, turquoise and black under a colourless glaze 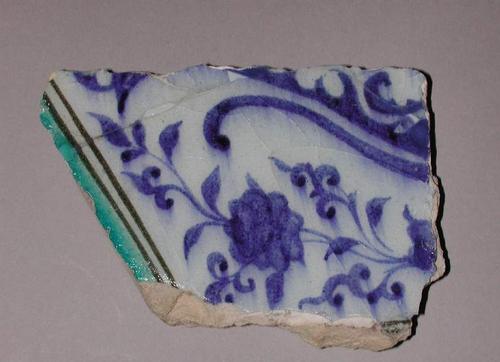