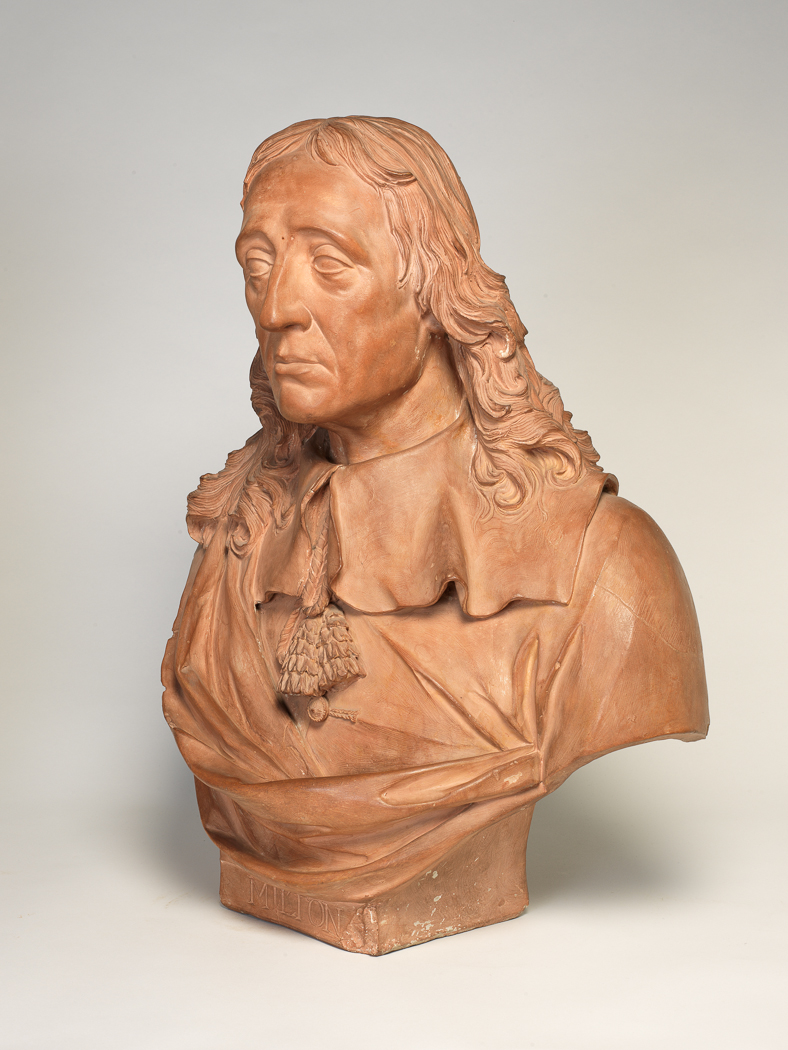 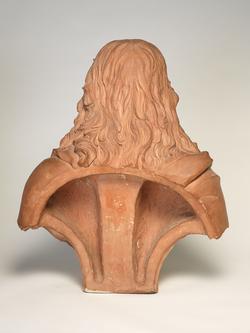 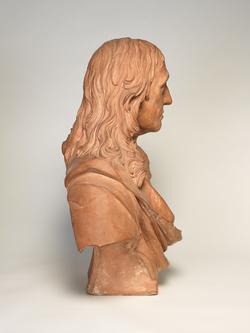 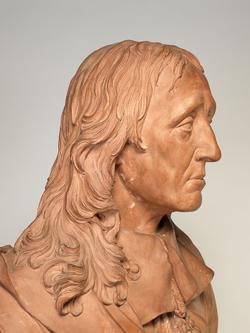 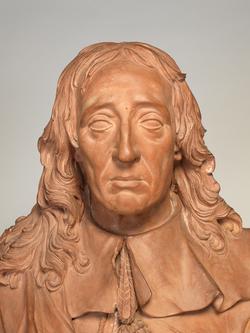 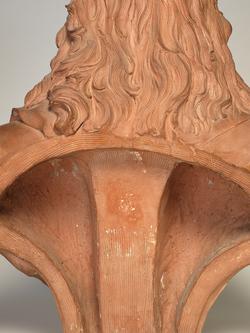 Bust. Terracotta. The sitter is turned front, facing and looking slightly right. He is bare-headed, and his hair is falling long over the shoulders. He is clean-shaven. The sitter wears a doublet, with wide, falling-band collar, and drapery passing over the right shoulder, and under the left arm. The bust terminates in a low square base, inscribed on the front 'MILTON'.

History note: Formerly in the collection of Sir Edward Littleton, Bart., who bought it from Rysbrack for his new house, Teddesley Park, Staffordshire, 1757; it remained there until removed to London by Lord Hatherton, a collateral descendant, in 1931; exh. Messrs Spink's, London and bought through them from Lord Hatherton, 1932.

Based in London from 1720, Antwerp-born Rysbrack made several busts of Milton, the first in 1728 for the ‘Temple of British Worthies’ at Stowe House, Buckinghamshire. There is also a marble example in Westminster Abbey. This terracotta bust was made in 1738 for the architect William Benson (1682–1754), as the model for a subsequent version in marble. Rysbrack kept the terracotta and sold it in 1757 to Sir Edward Littleton. It was displayed in Littleton’s newly-built family seat, Teddesley Hall, Staffordshire, together with the bust of Alexander Pope (M.3-1932).

Milton was a famous 17th-century English poet, famed for his epic Paradise Lost (1667). His portrait was frequently included in sculpted groups of writers, commissioned by 18th-century English aristocrats in imitation of ancient Greek and Roman practice.

The design is based directly on the ad vivum engraving by William Faithorne of 1670. 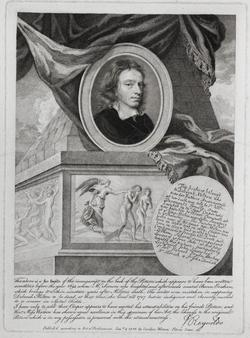 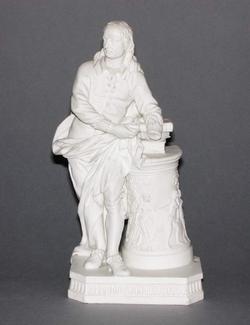 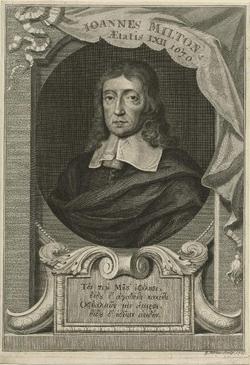 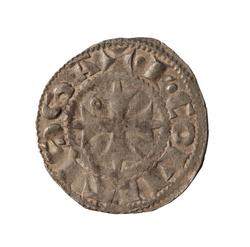