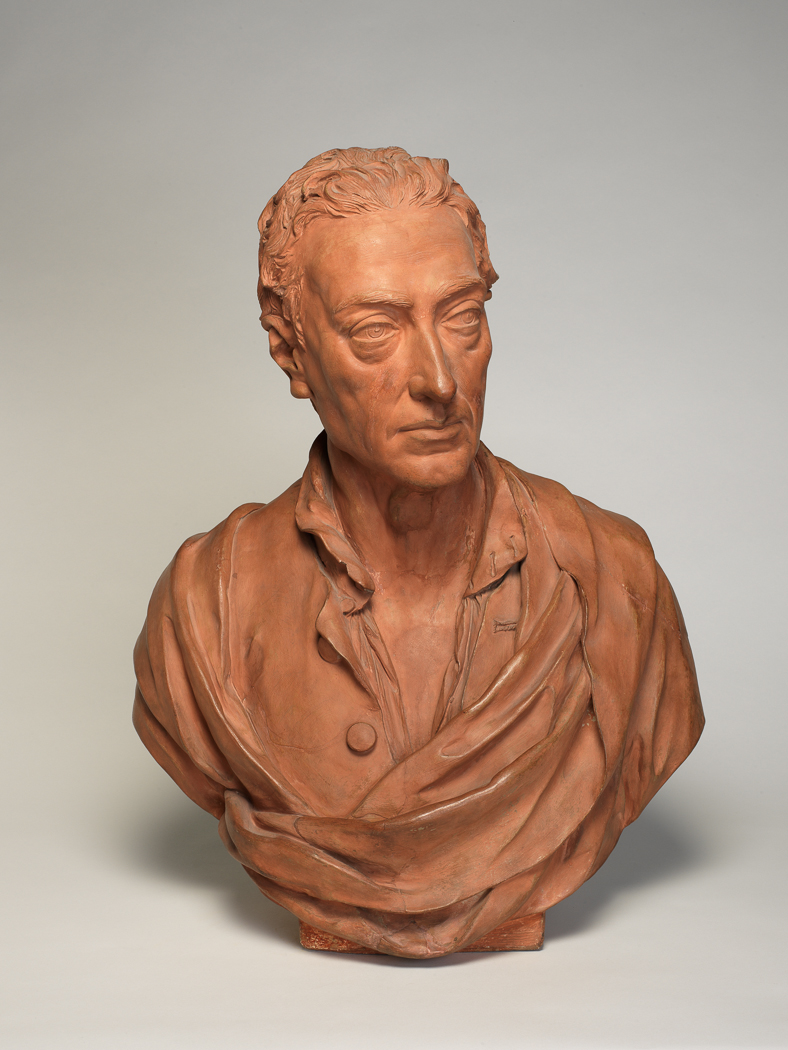 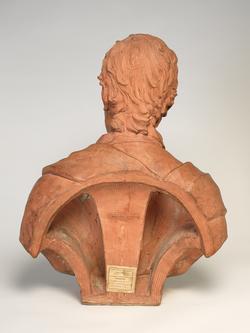 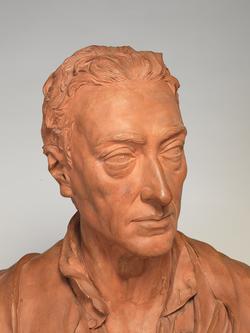 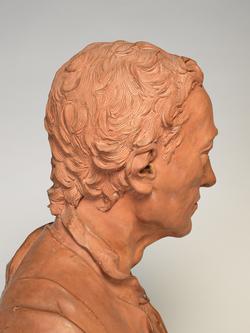 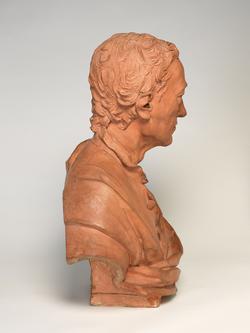 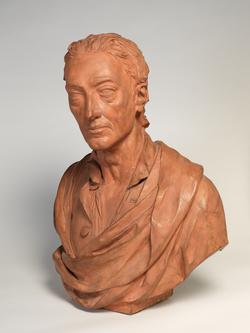 Terracotta. The sitter's head is turned to the front, held a little forward and looking slightly right. His hair curls at the nape of the neck, he is clean-shaven. His throat is bare, shirt open and the waist-coat is unbuttoned. The shoulders are draped in a cloak.

History note: Made for Sir Edward Littleton, Bart., for his new house, Teddesley Park, Staffordshire, 1760; it remained there until removed to London by Lord Hatherton, a collateral descendant, in 1931; exhibited at Messrs Spink's, London and bought through them from Lord Hatherton, 1932.

Pope was a brilliant 18th-century satirical poet, essayist, and classical scholar. His best-known works include 'Essay on Criticism' (1711), a translation of Homer’s Iliad (1715–20), 'The Dunciad' (1728), and 'Essay on Man' (1732–34). This terracotta bust was commissioned around 1760 from the great Flemish portrait-sculptor Rysbrack by Sir Edward Littleton, for his newly-built family seat, Teddesley Hall, Staffordshire. There it was shown together with Rysbrack’s 1738 terracotta bust of Milton (M.2-1932). It is based on an earlier marble version depicting Pope, which Rysbrack had carved in 1730. 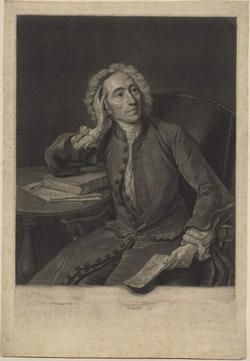 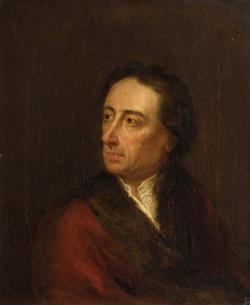 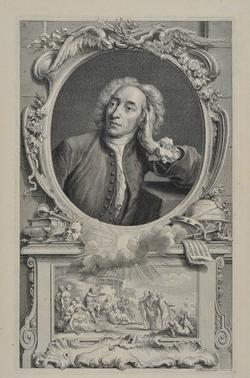 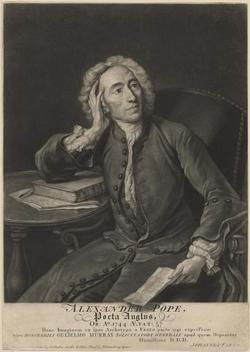 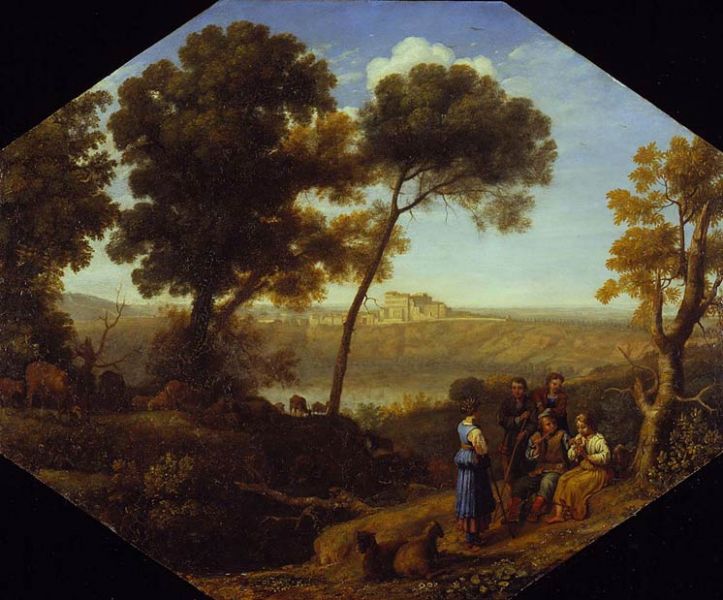 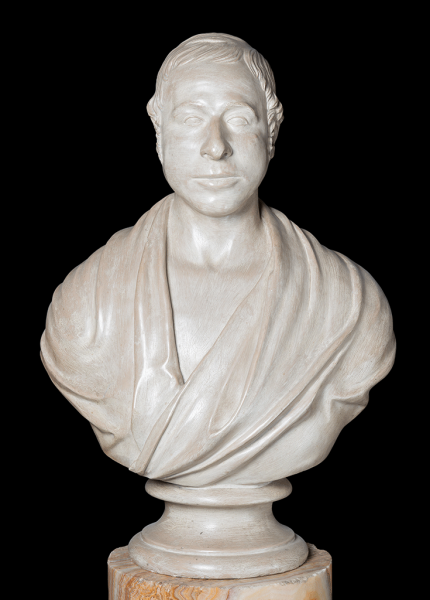