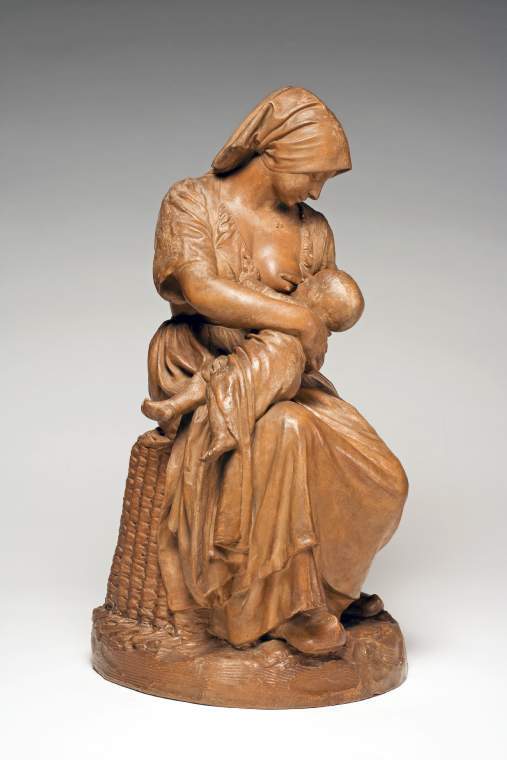 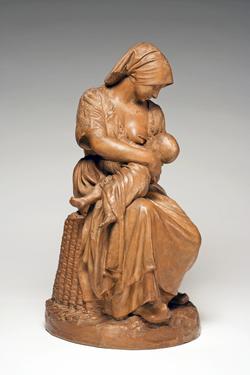 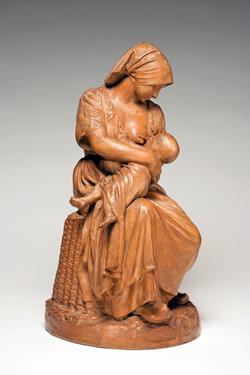 Terracotta, in the round. The mother has bared her left breast and the child is feeding. She wears a coif on her head, a frilled bodice, long skirt mainly covered by an apron, and clogs. She is sitting on an upturned wickerwork basket.

A fervent socialist, Dalou was forced to flee to London in 1871 following his involvement with the Paris Commune and, ironically, was adopted by the English court and aristocracy.

During his nine-year exile in England, Dalou produced a series of statuettes of women from across the classes in a style of gentle realism, which commented on the highly stratified nature of modern society. Many were exhibited at The Royal Academy, including an earlier version of this group, which shows a French peasant girl seated on an upturned basket, suckling her child. Despite its humble subject-matter, the composition became immediately popular and was reproduced in different sizes and materials, including bronze, marble, and biscuit porcelain by the Sèvres factory. It was also circulated as an engraving, which was copied by Vincent Van Gogh.

This terracotta is a reduced-size version of the original 'Paysanne Française' shown at the Royal Academy in 1873, and now in the Victoria and Albert Museum. Two more large versions are known, one also in the Victoria and Albert Museum and another in the Hermitage, St Petersburg. The Fitzwilliam's is one of several reduced-size terracottas. It was accessioned as 'Maternity', but the work was known in the 19th century as 'Paysanne Française'. 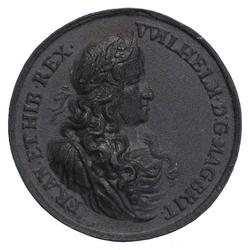 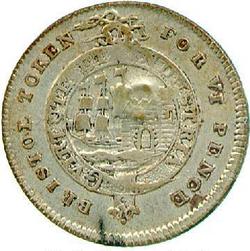 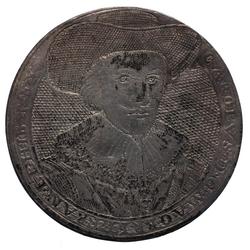 Charles I and Henrietta Maria Counter