The Nymph Ino and the Infant Bacchus

White marble, carved in the round, supported on a simulated grey granite pedestal, capped and footed with white marble.

Having studied sculpture in London, Richard James Wyatt (1795-1850) moved to Rome in 1821 to work in the studios of the Neoclassical sculptors Canova and Thorvaldsen before establishing his own workshop. By the 1830s, he was renowned for his virtuoso carving of large-scale marble figures and harmoniously-composed groups, and gained many commissions from English visitors in Rome. This group was commissioned by Sir Robert Peel (1788–1850) when he was in Rome in 1834, shortly before he became Prime Minister. Exhibited at the Royal Academy in 1836, its critical success resulted in several other versions being commissioned.

In Greek mythology, Ino and her husband Athamas, King of Orchomenus, took in the infant Dionysus, the orphaned son of Zeus and Semele. In order to conceal him from Hera (who was jealous of Zeus’s love children) they dressed Dionysus as a girl, but Hera discovered their deceit and punished them by making them insane. Dionysus was the Greek god of the grape harvest, winemaking and wine, and this explains the presence of the bunch of grapes, the kylix (wine-drinking cup) and over-turned amphora (storage jar for wine and oil).

Carving : White marble, carved in the round, supported on a simulated grey granite pedestal, capped and footed with white marble 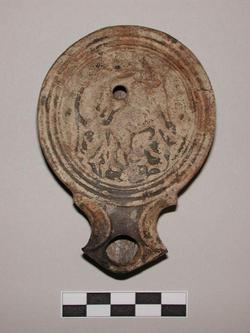 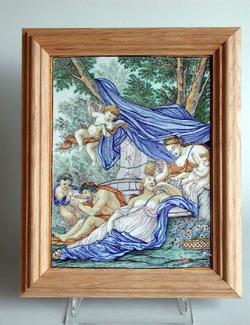 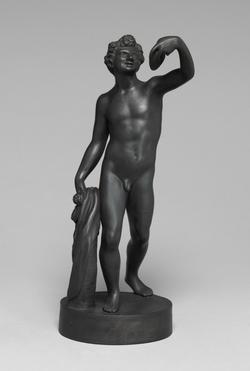 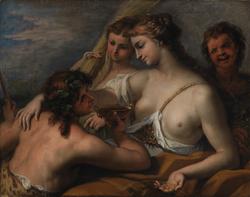