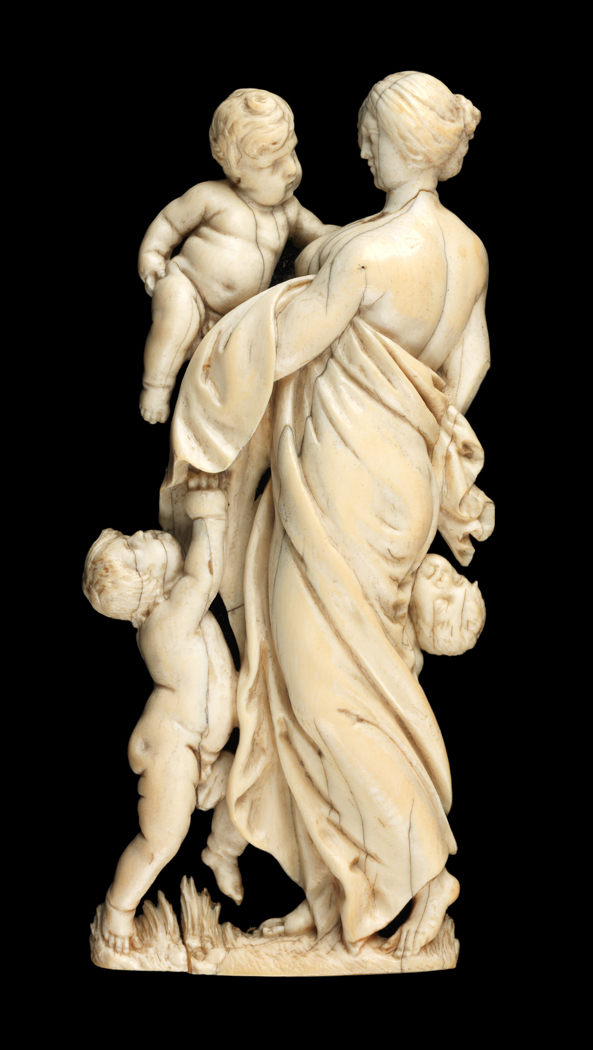 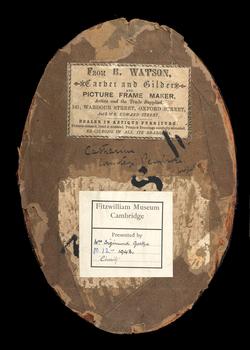 Ivory carved in relief, and mounted under glass in an oval gilt frame. The figure of Charity faces left and stands in classical contraposto. She holds a naked child on her left arm and looks at it. Another naked child, in front of her at her feet, tries to clamber up. The head of a third child appears from behind her. She wears a robe caught around her, leaving her bust and shoulders bare.

Method of acquisition: Given (1943) by Goetze, Constance, Mrs 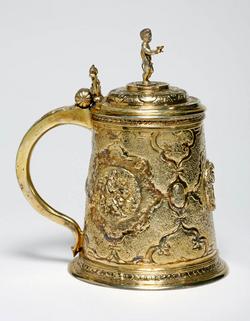 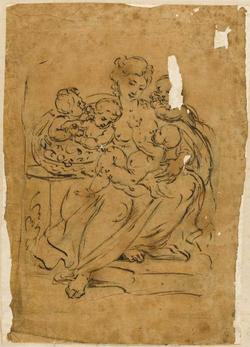 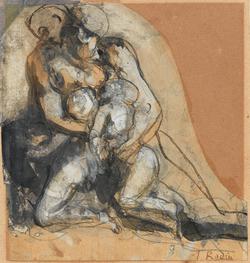 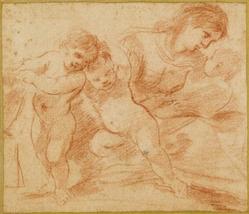 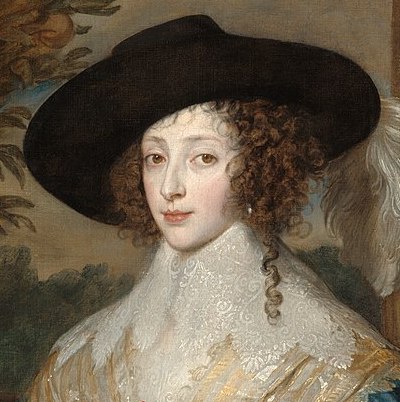 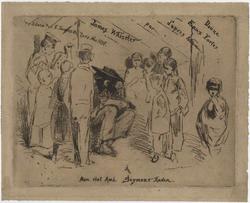 The Title to the French Set