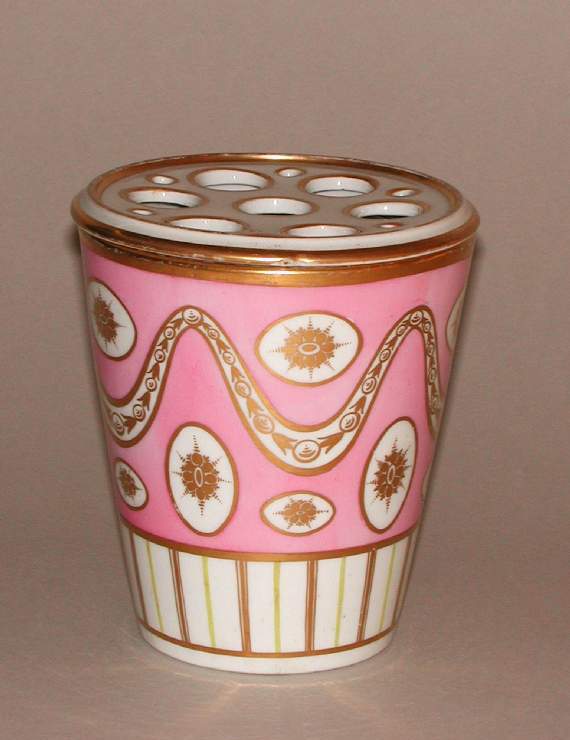 Porcelain vase and cover, decorated with a pink enamel ground, yellow enamel, and gilt. Cylindrical with slightly sloping sides and recessed base, the flat cover pierced by seven large and six much smaller circular holes. The lower part of the exterior is decorated with alternately yellow and gold vertical stripes between horizontal gold bands. The upper part has a pink ground decorated in gold in reserve with a wavy festoon ornamented with pearls and husks, above which are five horizontally places oval paterae and five smaller horizontally placed oval paterae. The edge of the cover and the holes are decorated with gilt bands.