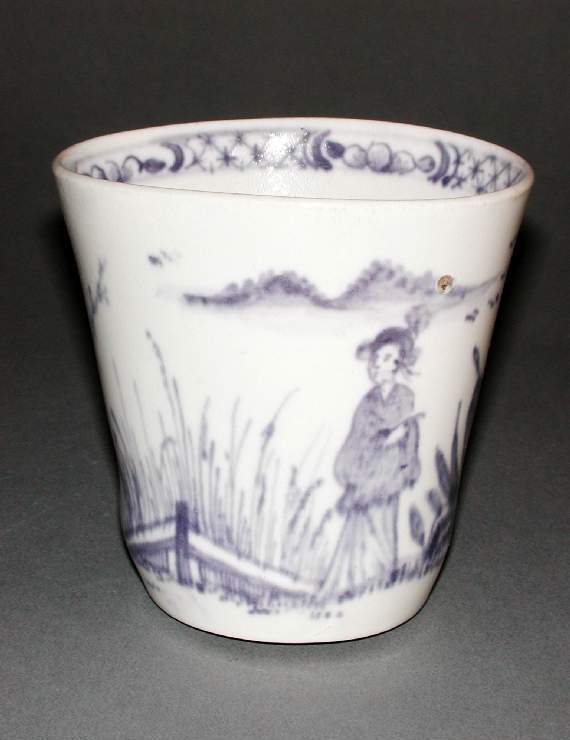 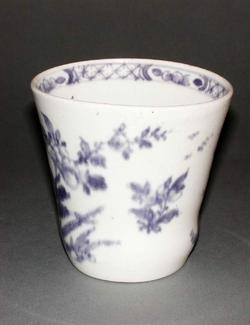 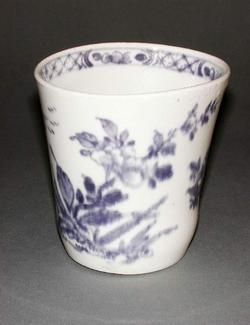 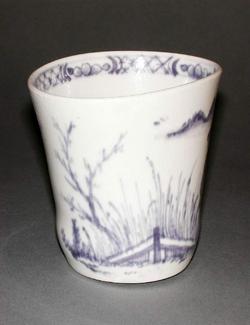 Soft-paste porcelain beaker, painted underglaze in blue. The misshapen beaker stands unevenly on a sagging base with a flattened footring. It is painted with a Chinese lady walking in a fenced garden. The inside of the rim is banded with a trellis diaper border interspersed with floral vignettes.

Given by Viscount Chandos

Method of acquisition: Given (1975) by Chandos, Viscount

This beaker was accessioned as Lund's Bristol/Worcester, but it was suggested by David Clarke (letter 3 November 1982) and by members of the Friends of the Dyson Perrins Museum, Worcester (27 August 1984) that it might be Liverpool. The design does not correspond to any of the painted designs illustrated by Branyan, L., French, N. and Sandon, J., Worcester Blue and White Porcelain 1751-1790, London, 1981, but part of the design corresponds to a beaker attributed to William Reid's factory, Liverpool, in the City Museum, Birmingham. See Watney, Bernard M., English Blue and White Porcelain of the 18th century, London, 2nd ed., 1973, pl. 45c, dated to 1755-61. It was later reattributed to Limehouse by Watney. 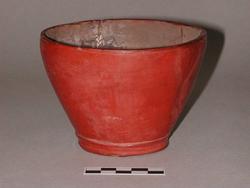 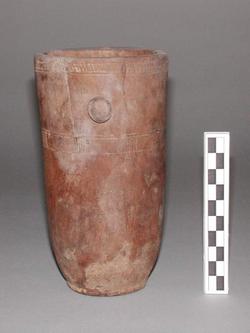 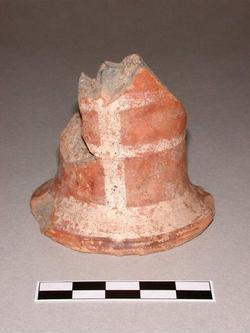 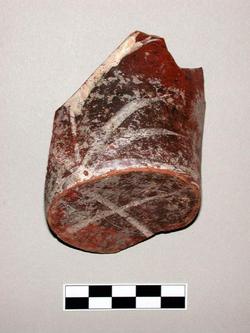