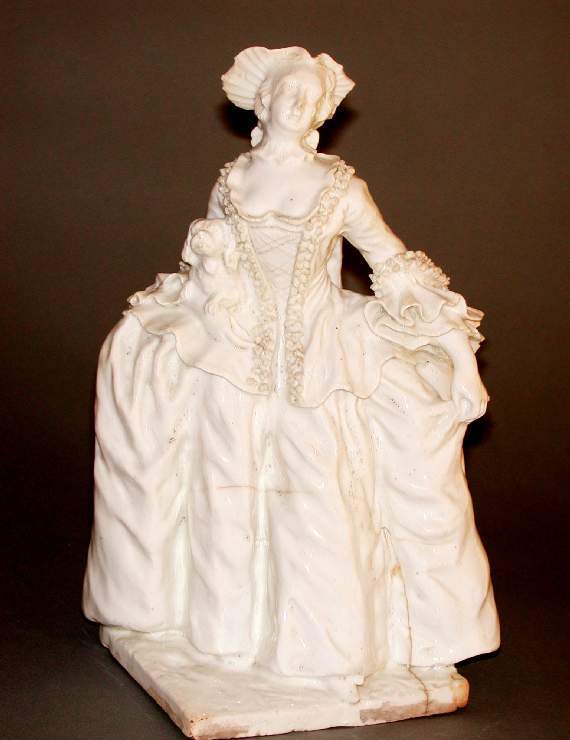 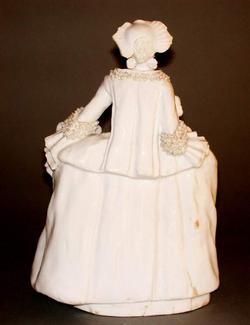 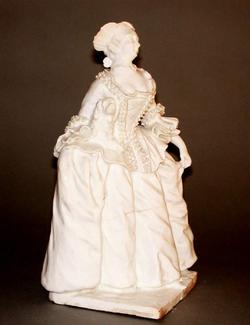 Kitty Clive as 'The Fine Lady' in Lethe

Soft-paste porcelain figure of Kitty Clive as 'The Fine Lady' in Lethe.

Soft-paste porcelain containing bone ash, press-moulded, and lead-glazed on the exterior, and on a small area of the interior of the skirt. The porcelain appears slightly greyish-white and the glaze is speckly. The figure is open underneath and has, at the front, half of a square base cut diagonally. 'The Fine Lady' stands facing the front, with her head back. She wears a pinner, a ruffle round her neck, a pet-en-lair jacket with a sack back and small bobbles on the cuffs and front edges, double ruffles below the cuffs, and a wide hooped skirt. She rests her left arm over the skirt and holds a lapdog under her right arm.

Mid-18th Century
George II
Production date: circa AD 1755 : The greyish-white paste suggests that this Kitty was made later than the example dated 1750.

The Dublin-born actress, Catherine Clive (née Rafter, 1711-85), known as Kitty, joined the cast of Garrick's farce, Lethe as Mrs Riot or 'The Fine Lady' in 1749.The Bow model of Kitty was derived from a mezzotint of 1750 by Charles Mosely, traditionally said to be after a water-colour drawing by Thomas Worlidge,. A model on a high base, inscribed with the date 1750, is in the Fitzwilliam (EC.3-1938).

Press-moulding : Soft-paste porcelain containing bone ash, press-moulded, and lead-glazed on the exterior, and on a small area of the interior of the skirt
Lead-glazing 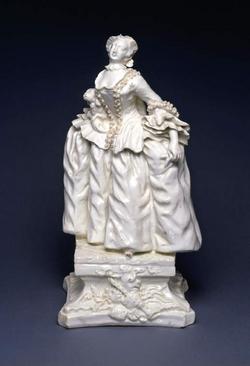 Kitty Clive as 'The Fine Lady' in Lethe 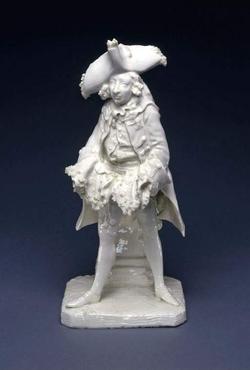 Henry Woodward as 'The Fine Gentleman' in Lethe 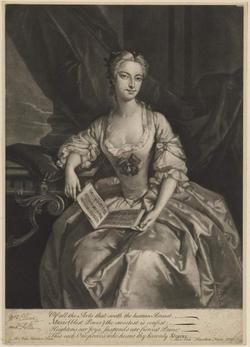 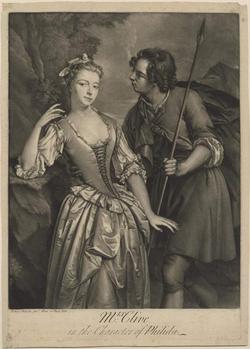 Mrs. Clive in the Character of Philida 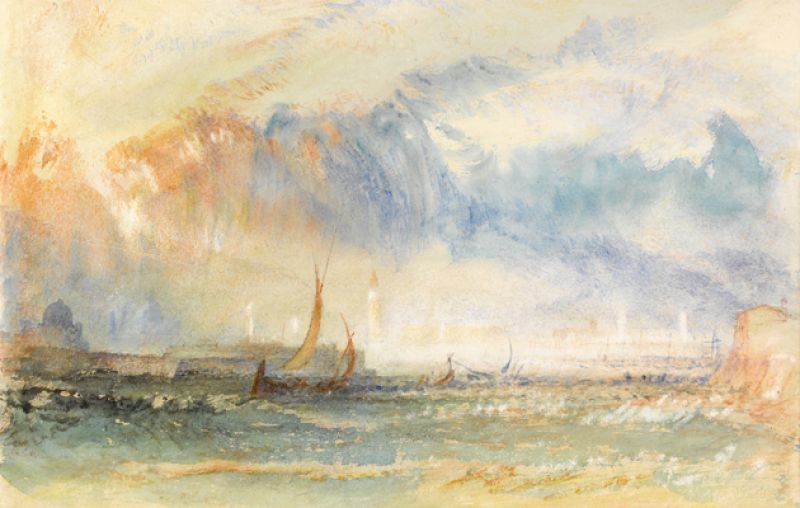